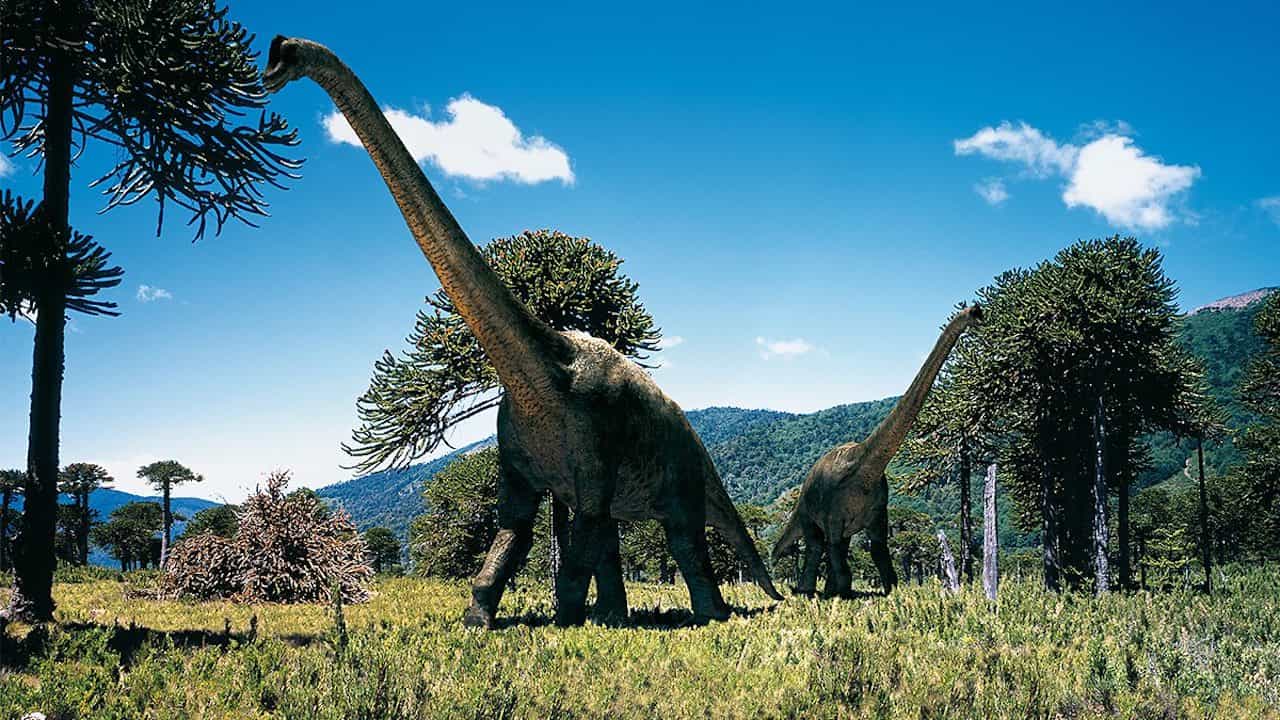 Walking With Dinosaurs is a six-part BBC series telling the journey of dinosaurs, from the apex-predators and dominant species on planet earth to their eventual extinction.

Narrator Kenneth Branagh charts the challenges and dangers faced every day by dinosaurs. Their struggles are basic but essential. A female tyrannosaur looking for a mate amidst a rapidly changing planet. A Diplodocus protects its young against the dangers of the earth. A Muttaburrasaurus herd migrates to escape the cooling climate. The show provides an insight into the actual trials faced by the different species of dinosaurs.

Each episode is dedicated to a specific period during the dinosaur’s 165-million-year reign of the planet. The series covers everything from the Late Triassic until the late Cretaceous period, detailing the extinction of the dinosaurs and the cataclysmic events that brought about dramatic environmental changes and led to the loss of 65% of the earth’s life, including the dinosaurs.