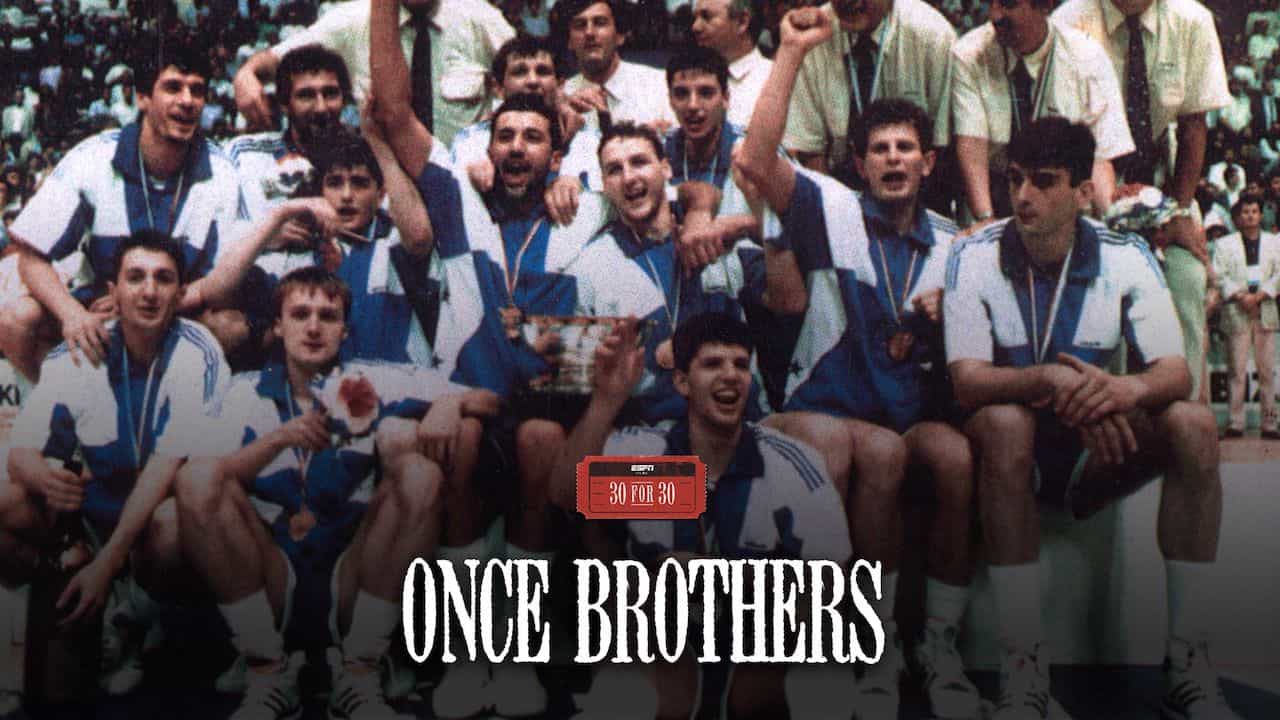 Once Brothers, part of ESPN’s 30 for 30 series, chronicles the relationship between Vlade Divac and Dražen Petrović, two players from the former Yugoslavia who played in the National Basketball Association of America. Divac was Serbian and Petrović Croatian, putting them at opposite sides of the bitter war that resulted in the breakup of Yugoslavia and a rift in their deep friendship.

Divac and Petrović were teammates on the Yugoslav national basketball team. They played together from 1986 to 1990. Both were later drafted by NBA teams. Petrović played for the Portland Trailblazers and New Jersey Nets while Divac became a star for the Los Angeles Lakers and other teams.

Dražen Petrović died tragically in a car accident in 1993. It was before he could confront his past and repair his damaged relationship with Divac.