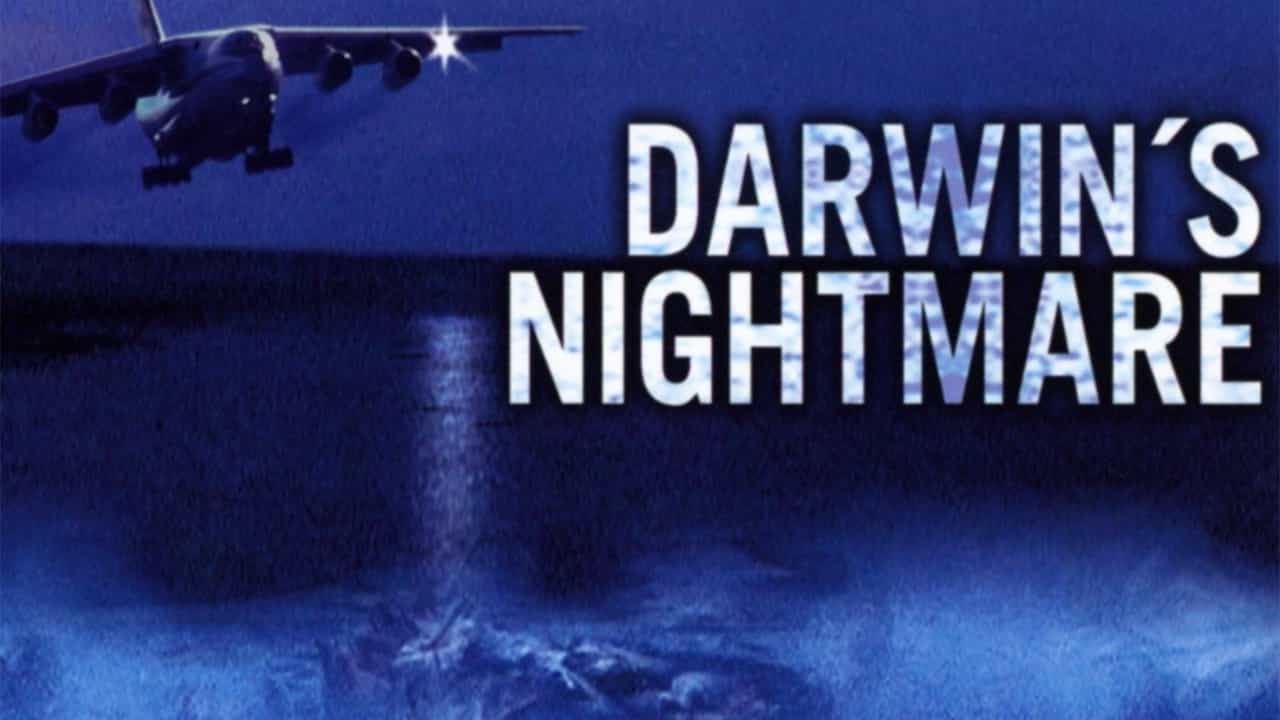 Darwin’s Nightmare takes a look at the social and environmental consequences of the fishing industry around Lake Victoria in Tanzania. After the Nile Perch species was introduced to the lake for exporting to lucrative European markets, hundreds of other endemic species became extinct. The fish processing factories prefer to send the fish overseas for higher returns, forcing the surrounding communities to live off the carcasses of the gutted fish.

This documentary also looks at the underground weapons trade to Africa and how this allows for continued violence on the continent. The connection to the fishing industry is that the planes used to fly the fish to Europe are often the same ones that bring in arms to Africa. As a result of poverty and conflict, many indigenous children wind up on drugs and turn to prostitution for money.

The film explores the correlation between the gun trade and Nile Perch exports to point out that while European aid is provided to Africa, European arms dealers are simultaneously reaping financial benefits and allowing violence and substandard living conditions to continue in parts of Africa.