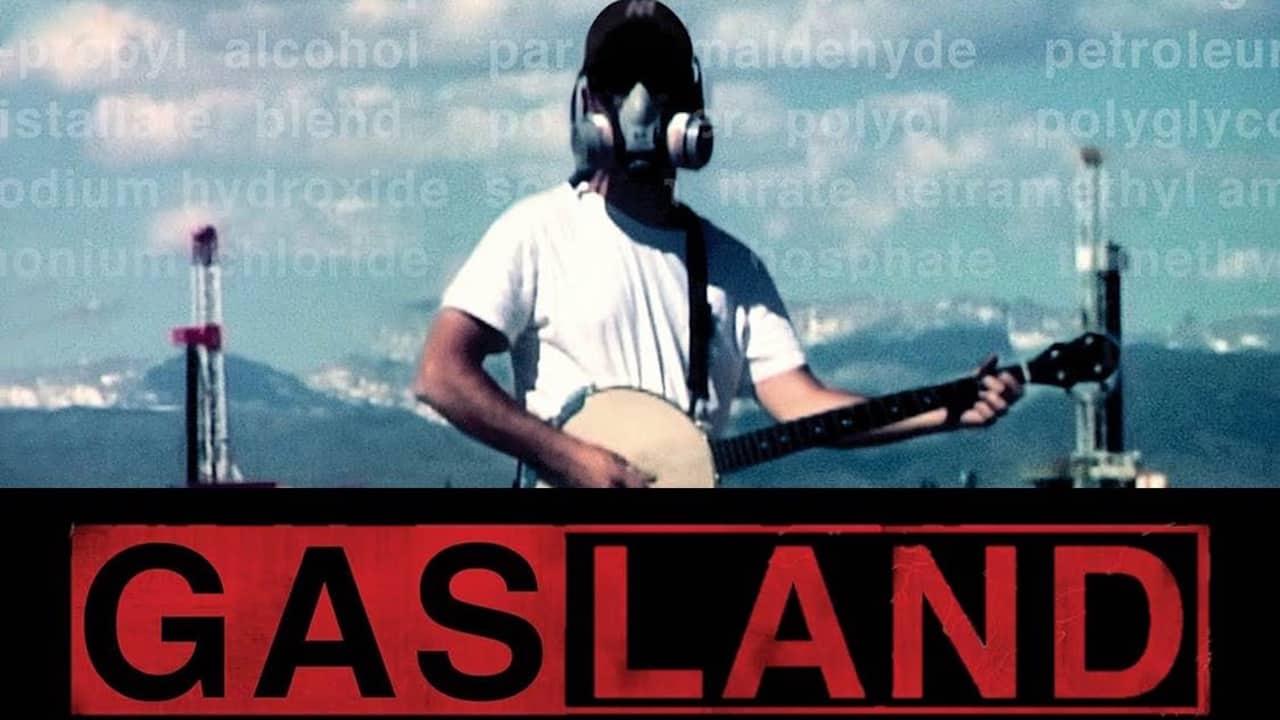 After being offered $100,000 in 2008 by a gas exploration company seeking to drill on his family’s land, Josh Fox decided to learn more about the industry. Though the offer was tempting, he was determined to find out more about the process known as fracking and how it affects communities near gas drilling sites. Gasland records Fox’s exploration of the fracking industry.

Research for this documentary led Fox to the realisation that natural gas drilling has lead to a great deal of contamination in local water, air, and land. Unfortunately, many suffering residents find that their laws do nothing to prevent damaging gas drilling. To support these claims, Gasland interviews environmental scientists, natural gas companies, and politicians.

Along the way, Fox visits Colorado, Wyoming, and Texas to see how his family land in Pennsylvania could be harmed in the process of removing natural gas. His journey eventually leads him to Congress where he discusses a bill to repeal fracking exemptions.