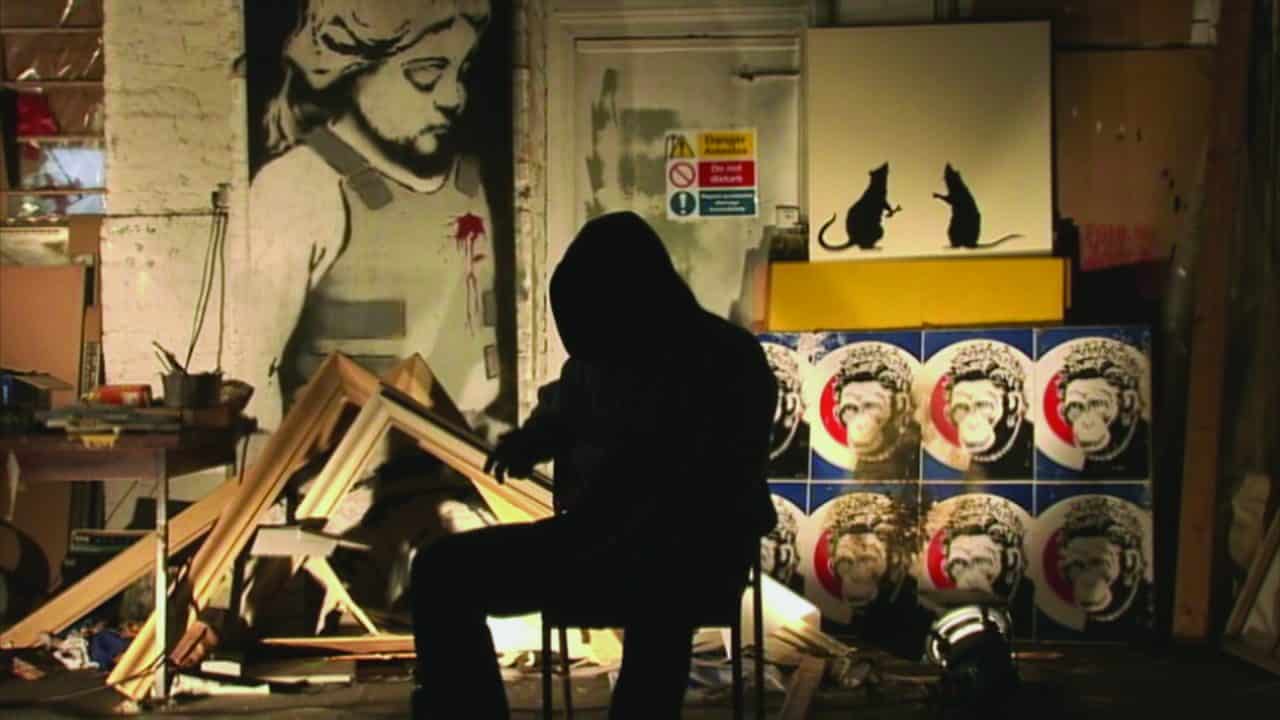 Exit Through The Gift Shop has raised a series of controversies since its release. The film is marketed as a documentary. But is it really a documentary? Some critics claim that it is only a hoax. It is hard to tell, but one thing is sure – this controversial atmosphere boosts the fascination. The story floats around Banksy – an anonymous graffiti artist from Bristol, UK. He arrives in Los Angeles with the one and only purpose of flaunting his skills by painting walls. He runs into Thierry Guetta. Guetta is a strange Frenchman who is obsessed with street art and creating videos about graffiti artists.

So far, nothing seems too exciting about Exit Through The Gift Shop. The unusual Frenchman turns his passion into an obsession. He literally has hundreds of tapes. They are randomly stored into boxes, with no special uses. This is when Banksy comes with the brilliant idea to create a film. Guetta accepts, but the result is terrible. At this point, roles change. Banksy gets behind the camera, while Guetta starts creating art. He comes up with a special name too – Mr. Brainwash. He sets a public exhibition for his recent work and hits the jackpot. His art draws plenty of positive attention, so the amateur artist makes a fortune out of nowhere.

Exit Through The Gift Shop is based on this story. It is intriguing at first. You know nothing about Guetta. Is he even real? Maybe he is just a character. He has an unusual passion. Some critics claim that he rented a studio and turned it into an exhibition space. Sure, it might be hard to understand how people would spend so much money on a random artist’s work, especially since he has no history or reviews.

However, a little research proves that Exit Through The Gift Shop is a real story. It was featured in LA Weekly in 2008, on June 12th. The article also talks about this film, which was only a wild idea back then. At the same time, Guetta seems to be a real person too. All in all, this documentary proves just how far things can get with a little innovation. Guetta did something that 99% of people would refuse to. He came up with a simple idea and turned it into an exquisite venture. Therefore, this film may also become a motivational one for young entrepreneurs.