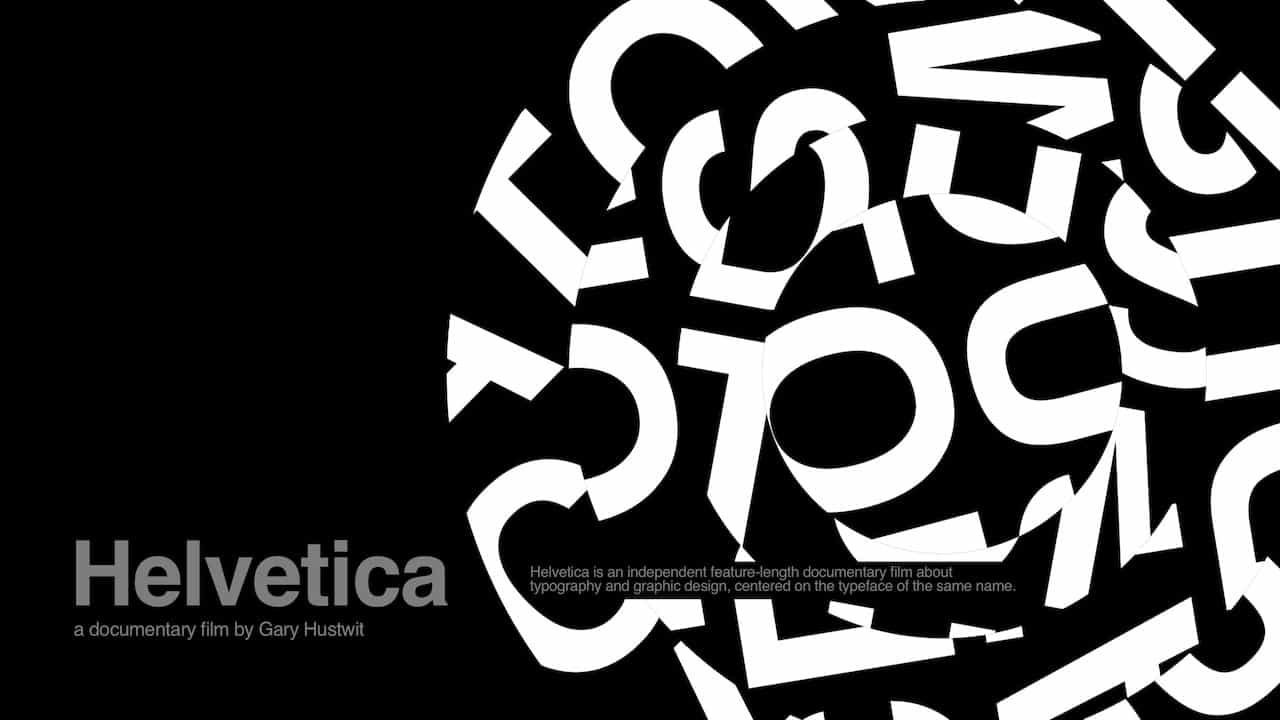 Helvetica examines the development and use of one of the world’s most popular typefaces. Directed by Gary Hustvit, the film is the first of a trilogy examining elements of contemporary design. Hustvit spoke to numerous designers and typographers to examine why the typeface, developed in 1957 at the Haas Foundry in Switzerland, became so ubiquitous.

Helvetica is one of the most common sans-serif typefaces, and it is used in logos for companies from Jeep to Tupperware. It is considered the most widely-spread font in the Western world. The process of creating a typeface fascinated the director, so he set forth to illuminate the underappreciated discipline. Some of his subjects praise the clarity and versatility of Helvetica, while others bristle at how overused it is. The filmmaker treats the differing opinions fairly.