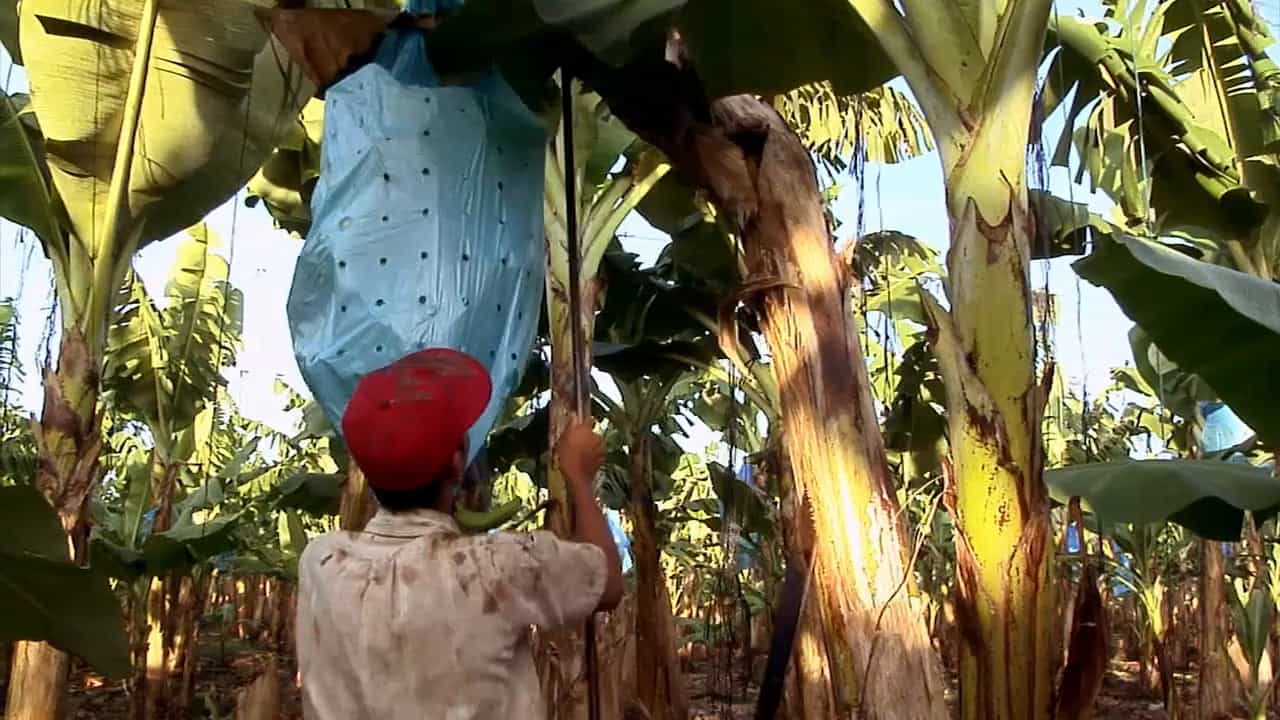 Banana Land: Blood, Bullets and Poison delves into the dark underworld of the banana industry. It shares the harsh reality of how bananas became and remain the cheapest fruit in the supermarket. It looks at the cheap pesticides used and the non-ethical treatment of workers and infringements on basic human rights.

The documentary traces this sordid history back to 1899 when the United Fruit Company (UFC) was formed and monopolized the industry. The company sought investments from wealthy and powerful people around the world which meant that lawmakers in Washington supported and protected the UFC.

To keep the cost of bananas low the UFC partnered with violent regimes in Central America to suppress any objections from workers. The documentary includes numerous interviews with experts who know the inside of the industry. These confirm that these sordid practices set a precedent that continues today. This is an honest and shocking look into the hidden world of greed and violence that lies behind bananas.