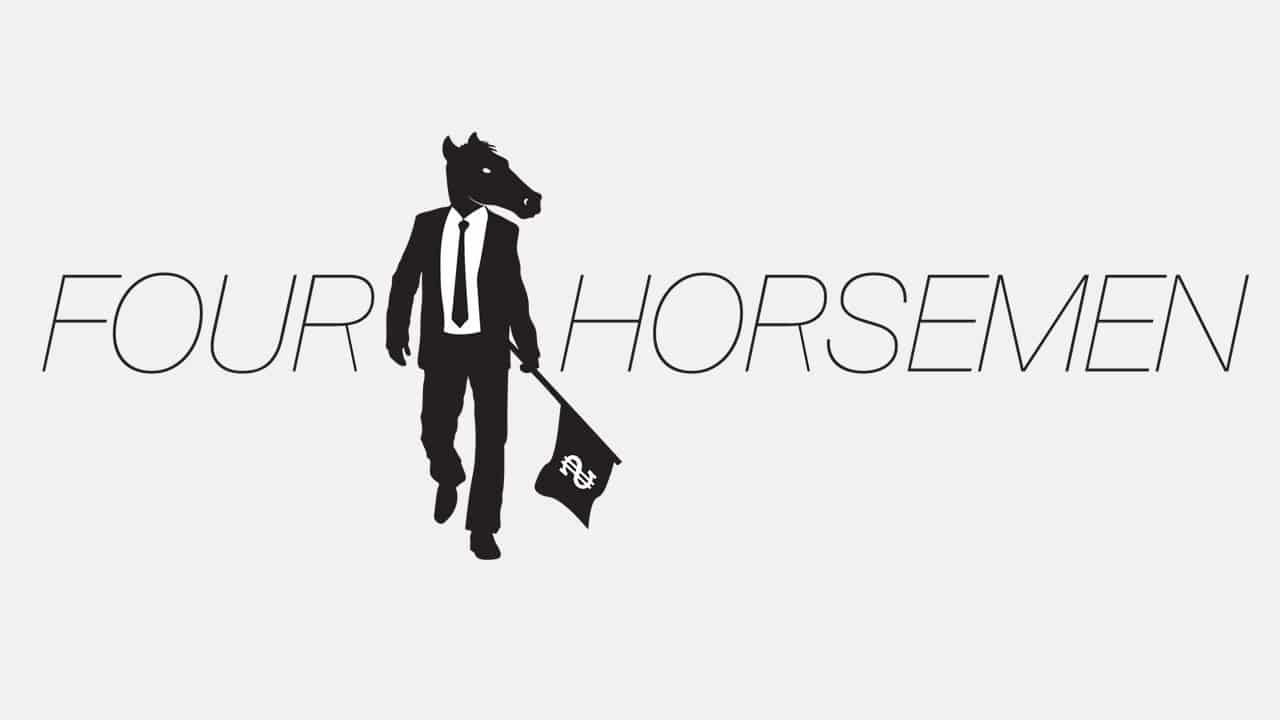 Four Horsemen is an award-winning film that investigates how the global economy really functions. It is critical of fractional reserve system of banking, debt-fuelled growth and political lobbying by banks. Instead, it proposes an alternative: a return to classical economics and the gold standard. It inspires debate on how we can bring about a new economic paradigm that would improve the lives of billions over the world.