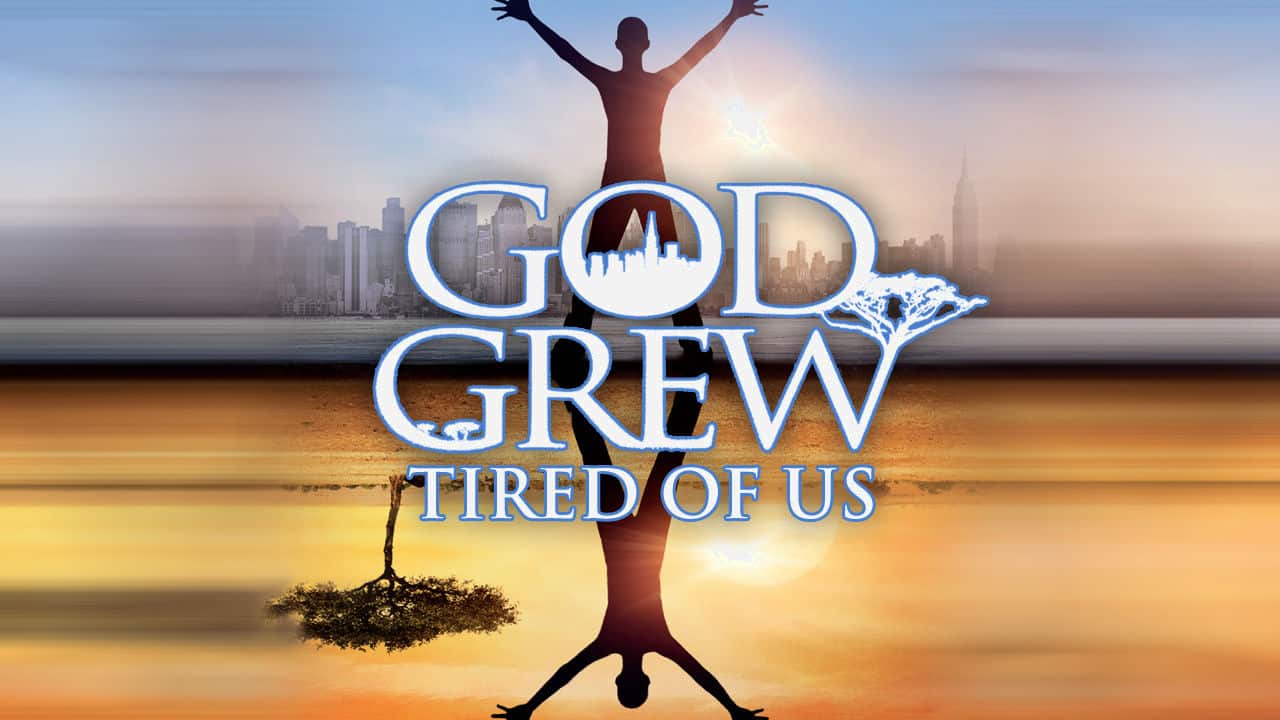 God Grew Tired of Us is a memoir about the torturous journey of three Southern Sudan boys, John Bul Dau, Daniel Pach and Panther Bior, across Africa to the United States of America. The film’s title is based on a statement from John, when he says that the civil unrest in his country may be a final judgment by on the earth referred to in the Bible, as God grew tired of all the evil that was being done by people.

In the 1980s, the three boys and many other Sudanese Christians fled their war-torn country and made an arduous trek through the African plains, with thousands having lost their lives from starvation and killings during the five-year walk. They finally found better conditions in a Kenyan refugee camp in Kakuma. In 2001, Catholic Charities International assisted 3600 ‘lost boys’ to move to the America. The three men featured learned to adjust to their new economically and culturally different country and dedicated themselves to helping those remaining in Africa, working several jobs and sending money back home. John later goes on to become a human rights activist for the people of South Sudan.