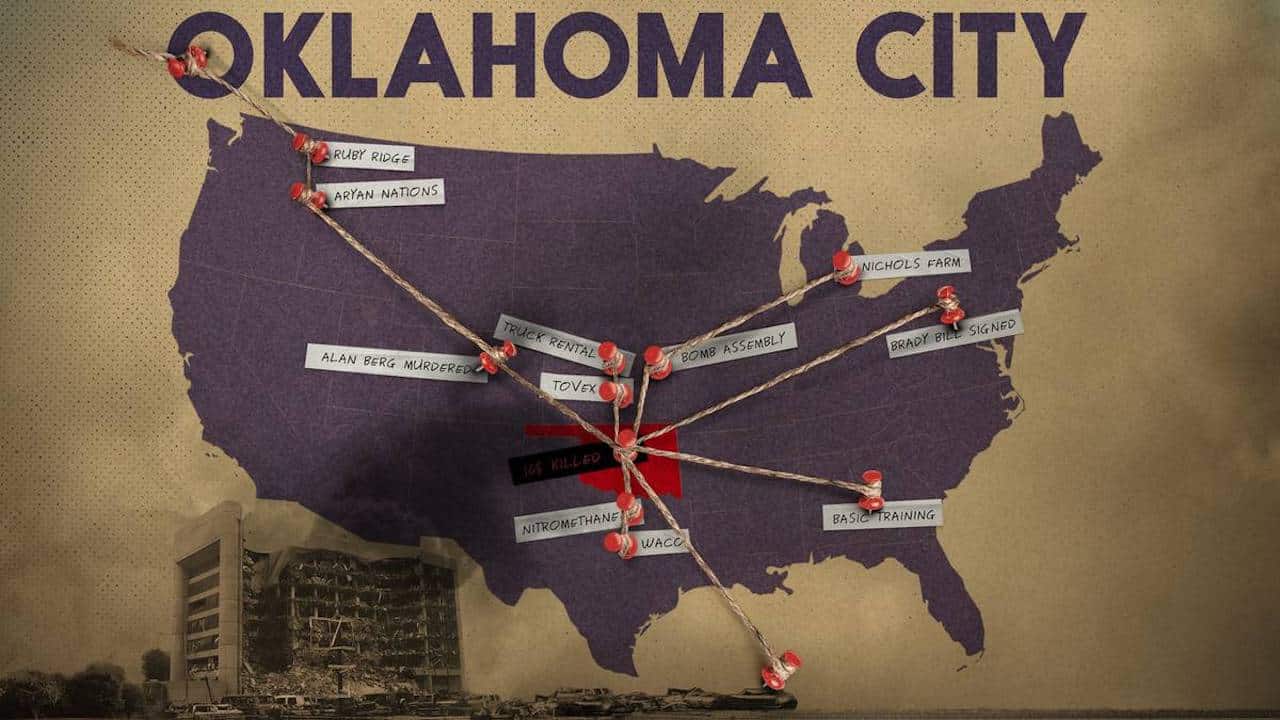 Oklahoma City reveals the horrors of the 1995 bombing on the Alfred P. Murrah Federal Building in Oklahoma City. The perpetrator, Timothy McVeigh, detonated a truck packed with explosives in front of the building, killing 168 people and leaving 675 injured. This attack is considered the worst act of domestic terrorism in American history.

This film explores the McVeigh’s motives for carrying out such a horrific act against his country. A former solider, he was influenced by the ideas of the far-right and viewed the American government as the enemy. Various disturbing events, in particular the Waco siege on the Branch Davidian compound by federal agents which resulted in 76 deaths, pushed McVeigh towards taking violent action against the government.