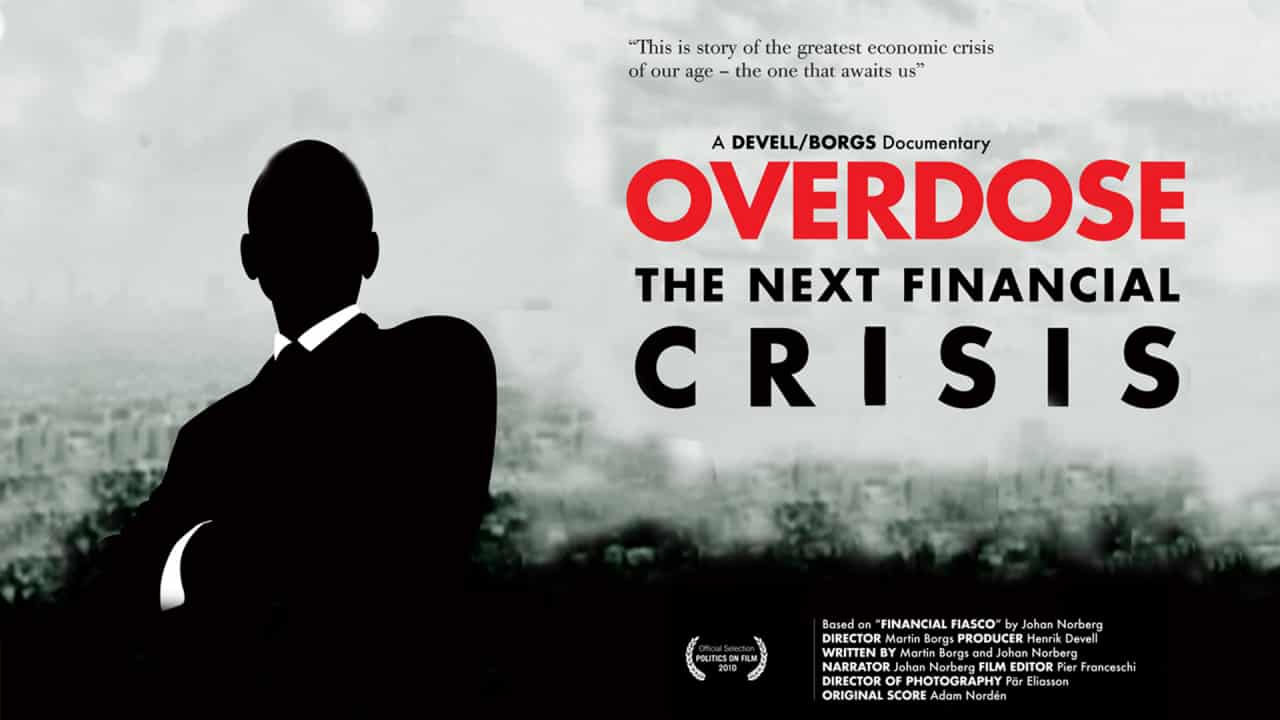 When the global financial crisis hit in 2008, the United States government was forced to step in and bail out financial institutions that suffered massive losses. But what happens when it is the government itself that needs to be bailed out? That is the question posed by Overdose: The Next Financial Crisis, a documentary by Martin Borgs exploring the structural weaknesses that exist in the world economy.

Overdose examines how government programmes have encouraged investors to borrow money and then subsequently bailed them out when they were unable to repay their loans. With debt levels reaching nearly 100% of the gross domestic product in many countries, it will not be possible for governments to continuously pump money into bad investments to stimulate economic growth. When governments’ ability to lend ends, it could result in an even greater financial crisis, unlike any the other world has ever seen.