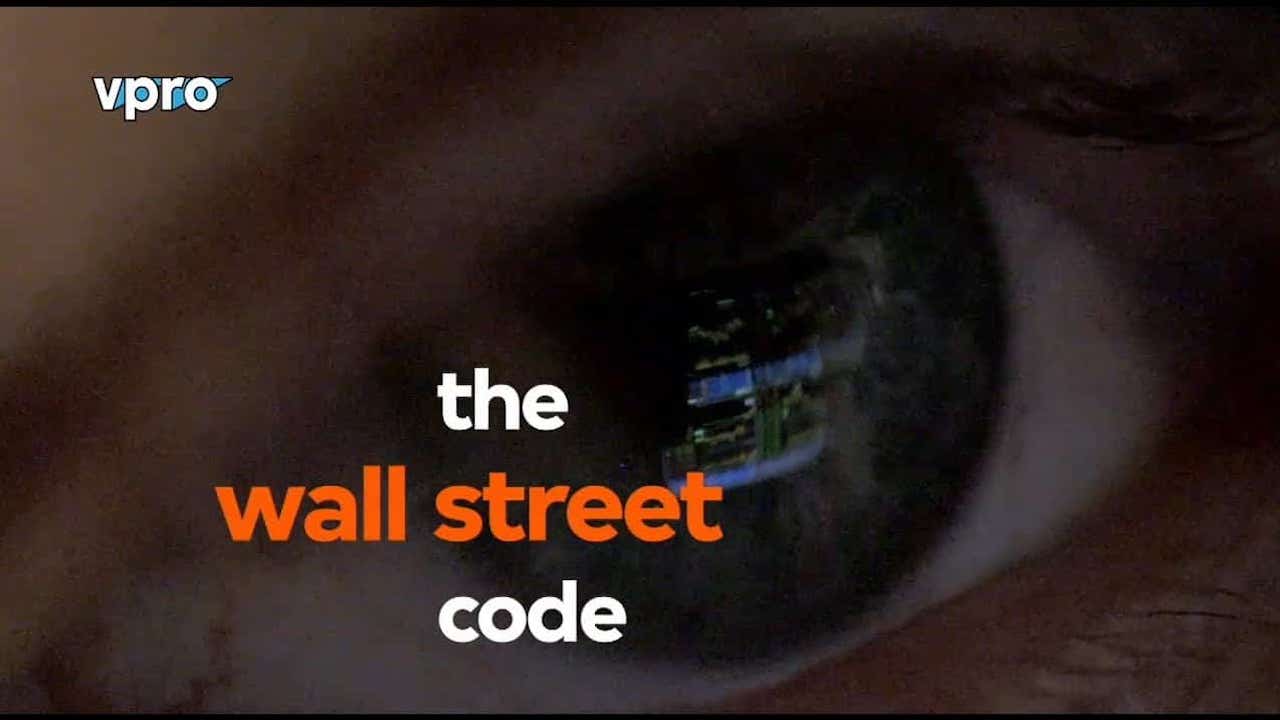 Story of genius Wall Street algorithm builder and former high frequency trader Haim Bodek, who now warns against the system he was once part of.

The Wall Street Code discusses the inner workings of modern day financial markets and contrasts the current approach to trading with that of the past. It describes how the buying and selling of stocks is managed by computers executing programmed algorithms, rather than through human beings, leading to a tangle of coding that is nigh-incomprehensible to anyone but the people who coded them.

The film takes a look at several of these algorithm-building architects, beginning with ‘algo arms dealer’ Haim Bodek, an expert in artificial intelligence who gained recognition while working for legendary trader Blair Hull and financial behemoths like Goldman Sachs. He had developed an algorithm in 2007 that was seemingly perfect until it just stopped functioning one day. Bodek discusses the problems of the modern financial infrastructure, something that violates the unspoken rules of Wall Street, complete with computer-animated visual aids.