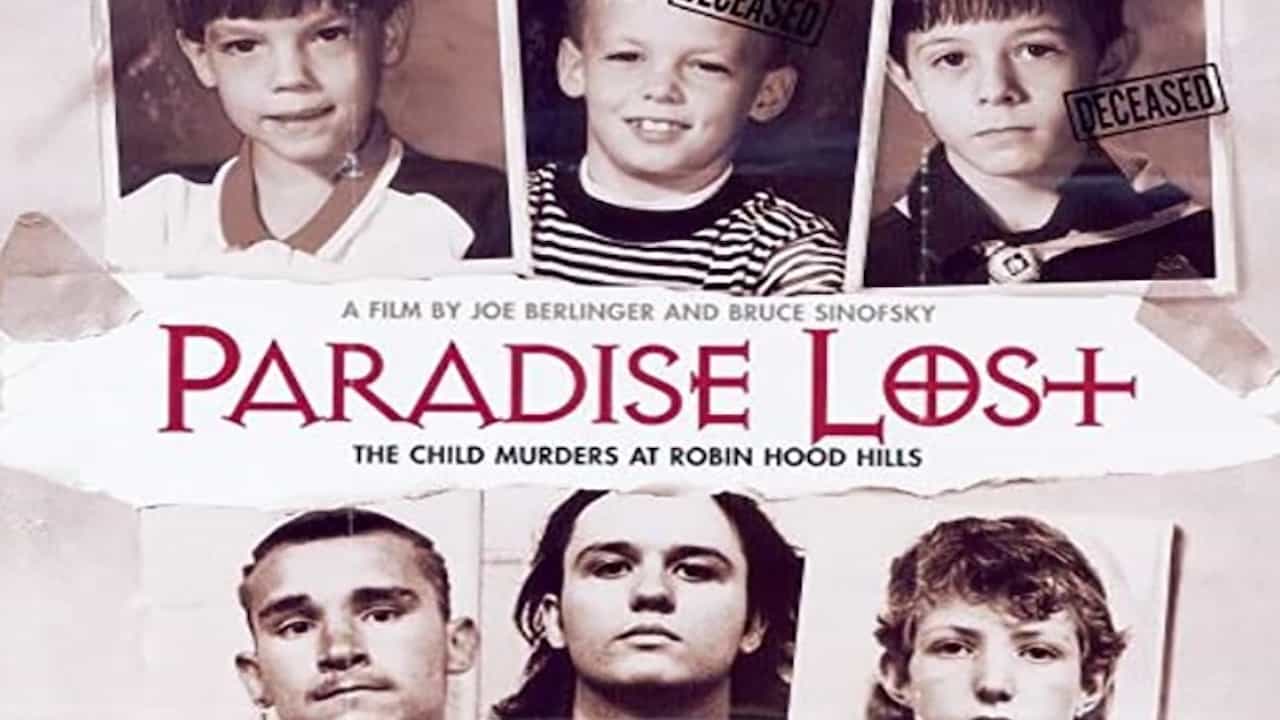 The horrific ritual-like murders of three young boys in West Memphis, Arkansas, is the focus of Paradise Lost: The Child Murders at Robin Hood Hills. The subsequent trials of the three teenagers accused of the crime are covered in detail.

In May of 1993, three boys were found in a ditch naked, hogtied and sexually mutilated. Arrested were Jessie Misskelley Jr., Damien Echols and Jason Baldwin. Misskelley was put on trial separately because he confessed. The other two boys maintained their innocence. Misskelley’s lawyers later contended his confession was coerced.

Filmmakers interview numerous people in the community who had a connection to the case. There was a widespread belief that the murders were part of a satanic ritual. Also interviewed are the parents of the victims and the parents of the accused. The documentary puts a spotlight on this highly conservative southern community dominated by Evangelical Christian values and people.