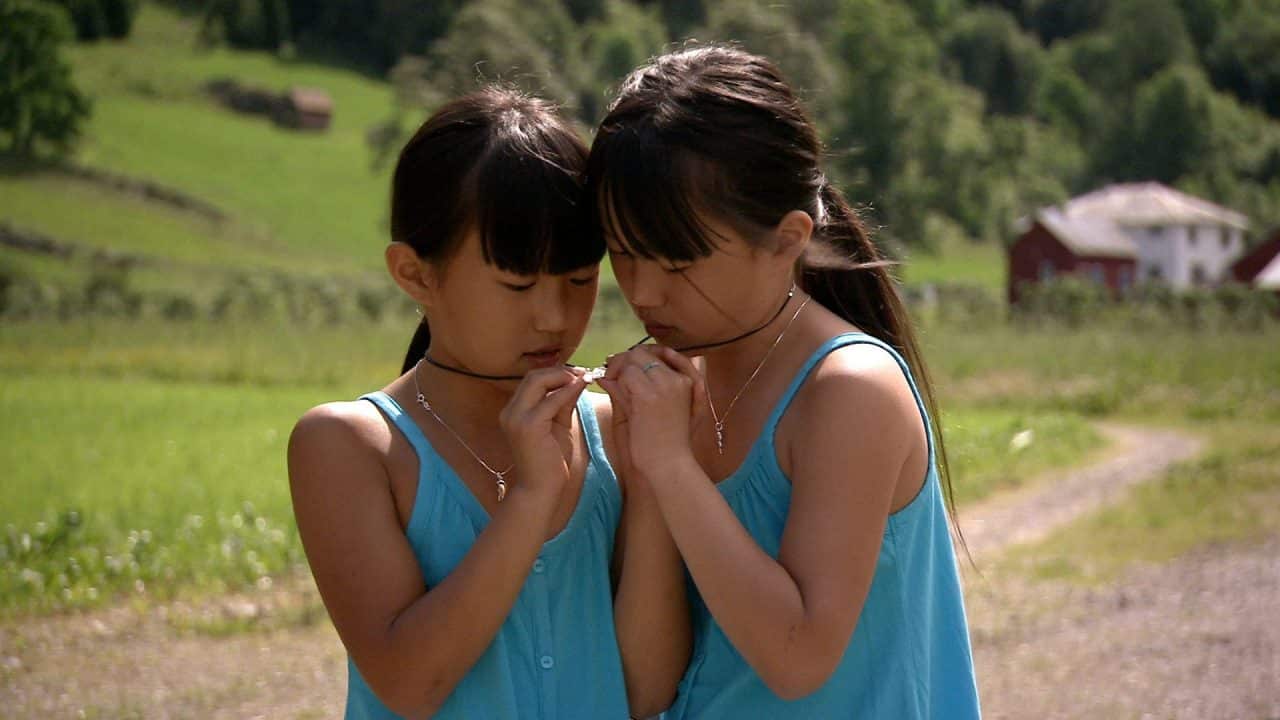 Twin Sisters: A World Apart tells the story of twin sisters from China who were adopted by different families. One set of parents lived in California, while the other hailed from a remote fishing village in Norway. Mia becomes an American girl and experiences a childhood that includes typical activities such as girl scouts and youth soccer. Alexandra experiences a quieter upbringing that connects her to the natural world.

Through a chance encounter, the two sets of adoptive parents saw the child of the other at an orphanage and thought the two girls might be twins. They decided to keep in touch. Later, DNA proved they were correct. The two girls knew they had an identical twin growing up thousands of miles away. They spoke different languages. But after they visit together for an extended amount of time when they are eight years old, they realise they share a bond without words.