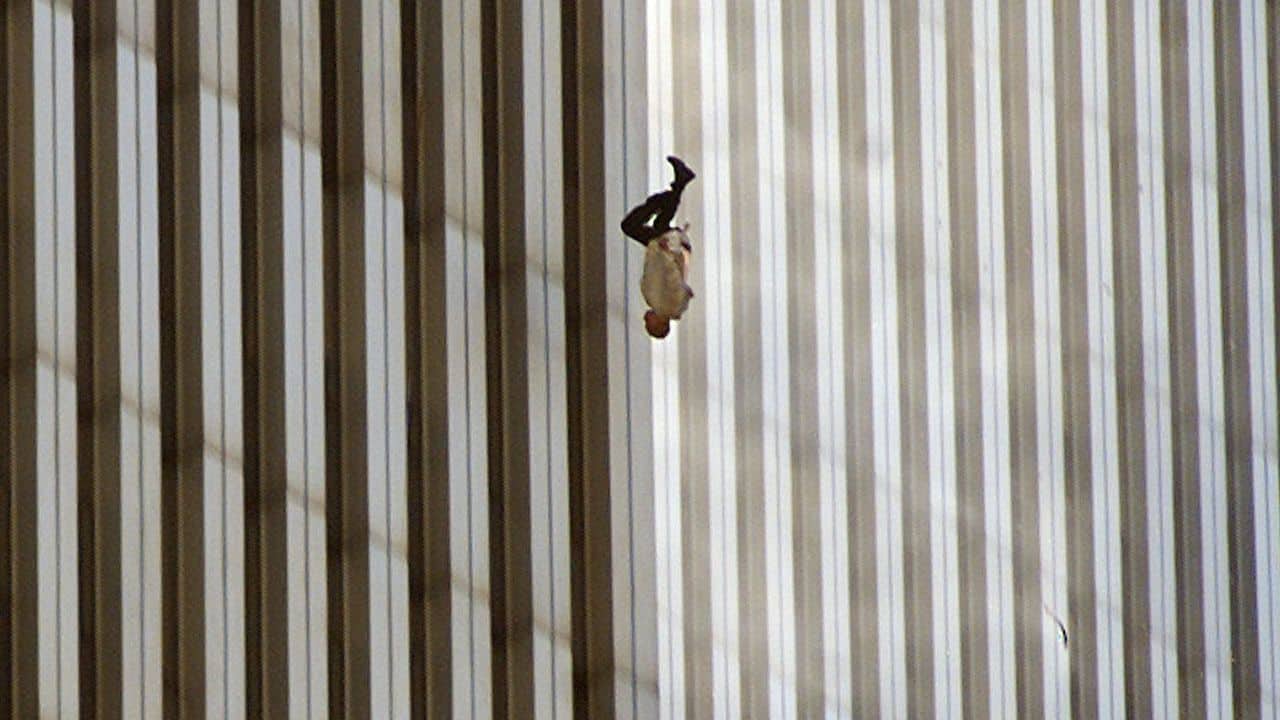 9/11: The Falling Man tells the story of one of the most powerful and iconic images of September 11, ‘The Falling Man’. The photograph was taken by Associated Press journalist Richard Drew and shows a man falling from the North Tower of the World Trade Center on the morning of 9/11. Though the identify of the man is unclear, he is among 200 others who fell to their deaths from the towers. Trapped in burning buildings with nowhere to turn, it was a tragic way to die. This film focuses on the story behind the image, the photographer who captured it, and the public’s reaction to it.