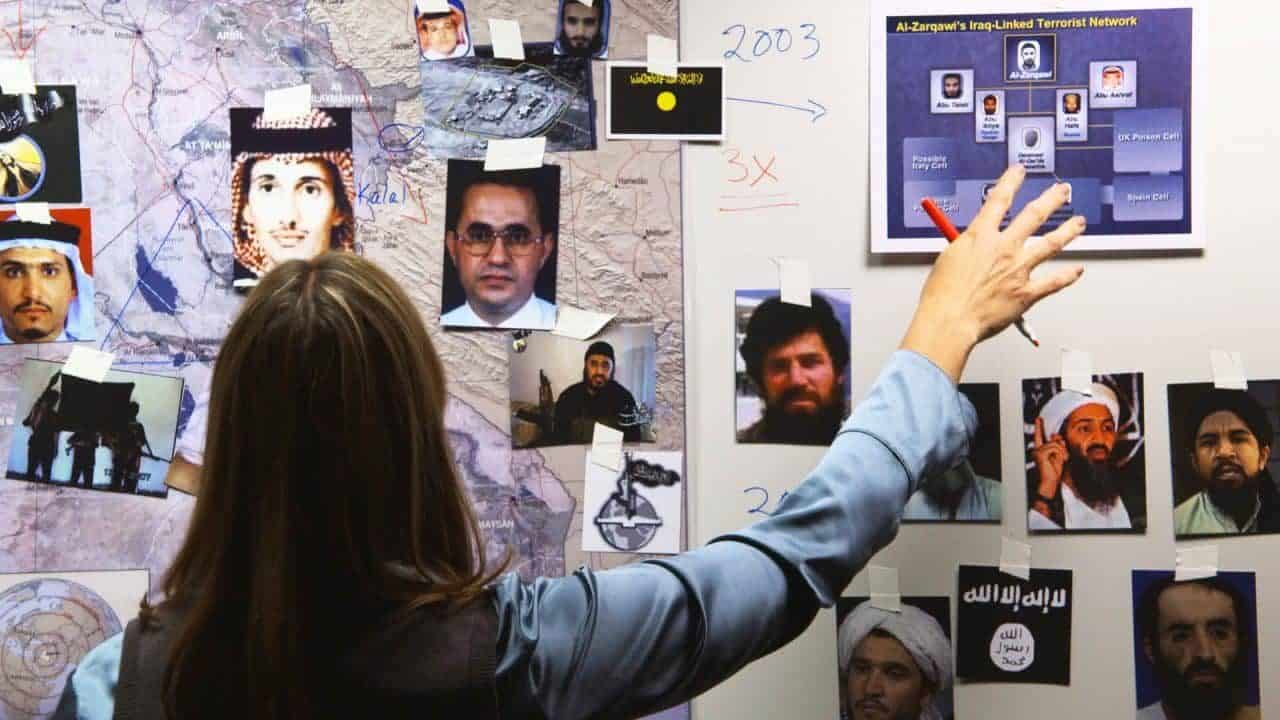 Manhunt: The Search for Bin Laden explores the CIA’s behind-the-scenes investigation of Osama bin Laden from the early 1990s to his death in 2011. It features accounts from CIA analysts and operatives who spent more than a decade gathering intelligence and tracking bin Laden. Despite warning the government for years about the possibility of a terror attack prior to 9/11, these same analysts were blamed from failing to prevent it.

The film showcases archive footage across Washington, Pakistan, and the Middle East. It also features rare footage of Al-Qaeda’s training, propaganda, and suicide notes from terrorists who became suicide bombers.