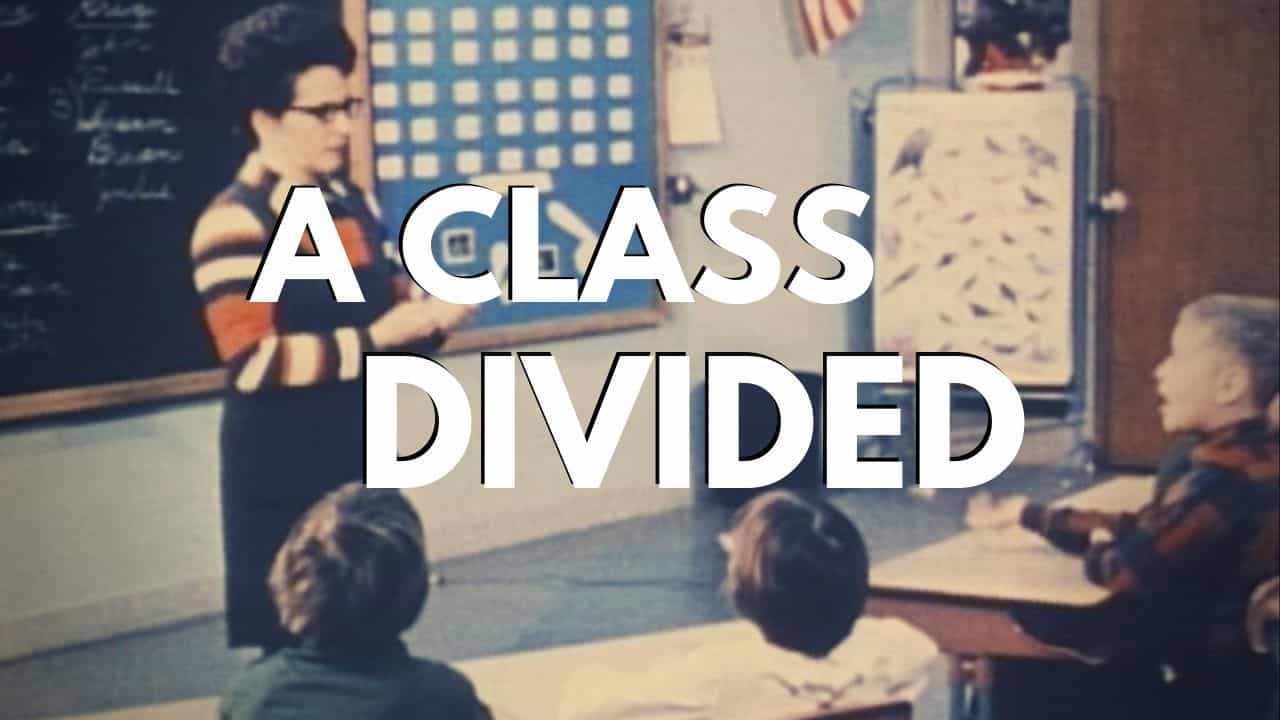 Following the assassination of Martin Luther King Jr., a third-grade teacher in Riceville, Iowa found that she was unable to properly explain the impact of racial prejudice to a mostly-homogenous class. In order to drive home the point, Jane Elliot divided the class by eye colour, and the ensuing social lesson gripped the nation when it aired on ABC a few years later.

A Class Divided follows Jane Elliot and members of that same third-grade class as they reunite nearly twenty years later. The students discuss their memories of the experiment, their shame and confusion at being viewed as “lesser” for something as simple as the colour of their eyes, and the lessons that they learned from the event.

For her part, Jane Elliot learns how much her former students have retained, discusses her motivation for the experiment, and explains how she continues to share her message nationwide.