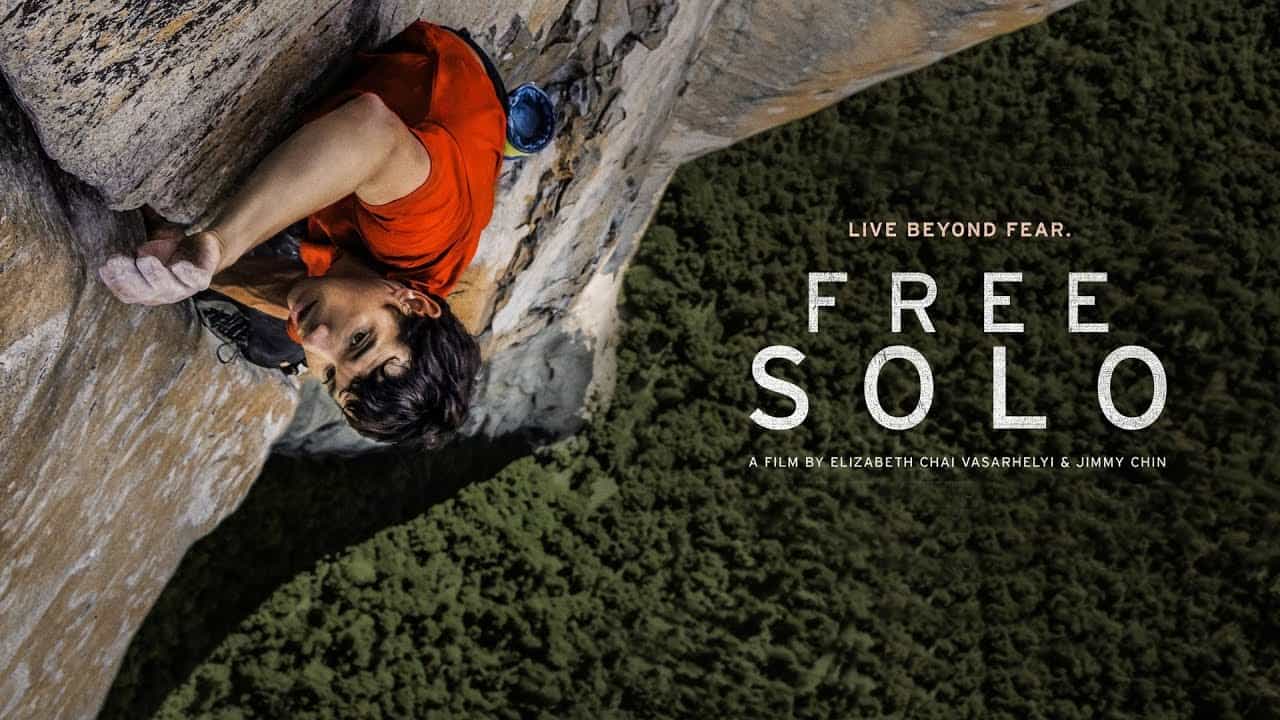 In June 2017, Alex Honnold set out to climb El Capitan, a 3,000-foot sheer granite cliff in Yosemite National Park, without any harness or protective equipment. The practice, known as ‘free soloing’, is an elite form of rock-climbing, attempted only by the most daring and skillful climbers. Free Solo follows Honnold on his perilous ascent of the landmark rock formation.

Directors Elizabeth Chai Vasarhelyi and Jimmy Chin discuss their own challenges in filming the climb without endangering Honnold, a task requiring no small measure of expertise, skill, and ingenuity. Chin’s camera crew, composed entirely of experienced climbers, works with Honnold to ensure they capture detailed video and sound without hampering or distracting him as he scales the cliff face alone.

Free Solo presents a gruelling feat of human athleticism, and provides a glimpse into the irrepressible human desire to achieve the impossible.