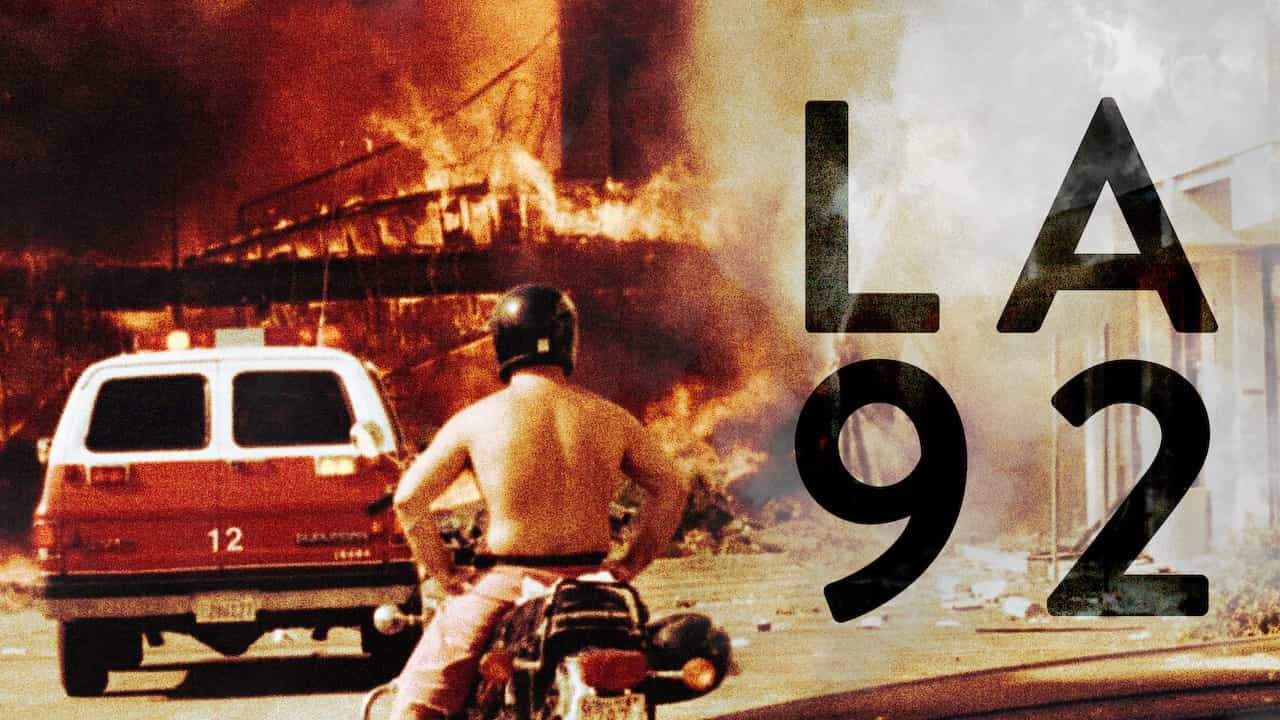 LA 92 chronicles the unfolding riots in Los Angeles, California in 1992 as social justice activists demanded police reform in the wake of the police assault on Rodney King, a black motorist. Following both the effects of and predicating the backdrop of the assault, the story centres around the events that took place on the LA freeway.

Using primarily archived sources and film, this feature documentary directed by Daniel Lindsay and TJ Martin provides a quarter-century backdrop to the LA riots. Going as far back as the 1965 Watts Rebellion, the gripping story of police brutality in America is examined. Included in the narrative, political perspective is given by figures such as George H.W. Bush and Bill Clinton. Also shown are statements from those directly involved in the incident: acquitted police officers Stacey Koon and Laurence Powell, and the victim, Rodney King.