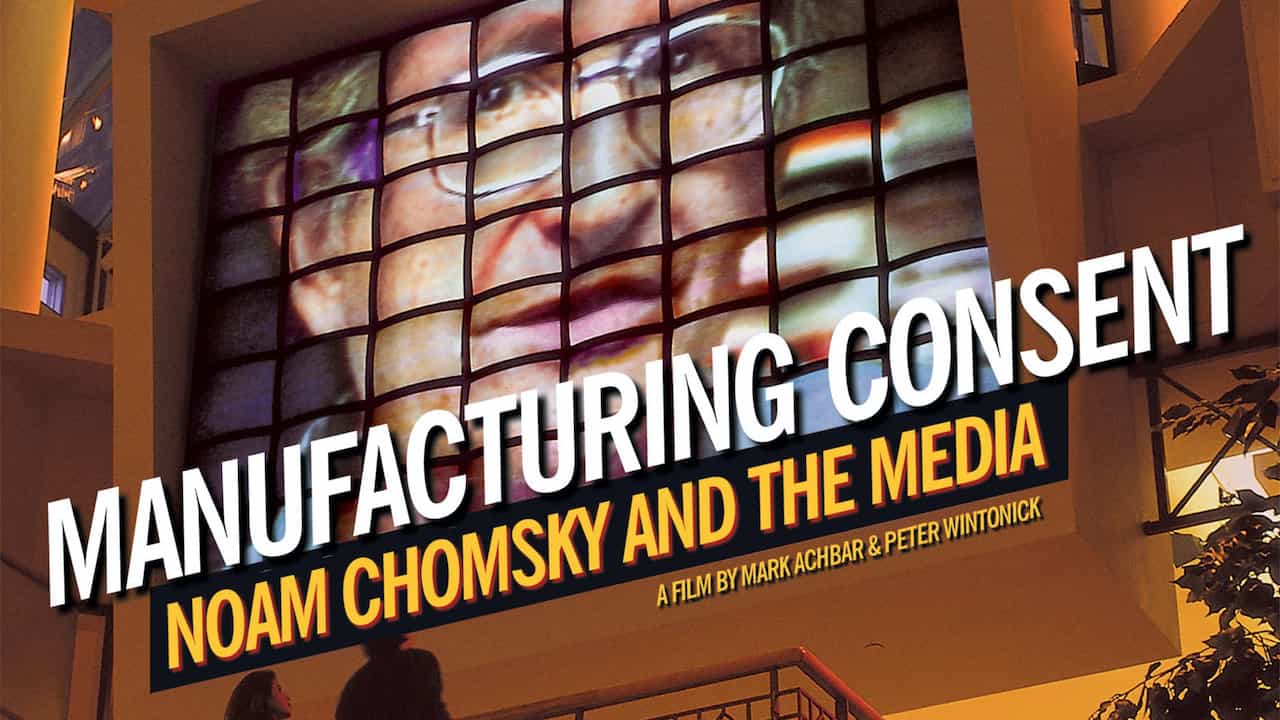 Manufacturing Consent: Noam Chomsky and the Media examines the life work and ideas of the political activist Noam Chomksy. Expanding upon the similarly titled book, Manufacturing Consent: The Political Economy of the Mass Media, filmmakers Mark Achbar and Peter Wintonic take a deep dive into the gripping central ideas of Chomsky.

At the core of Chomsky’s model is that corporate media being too concerned with profits serves the elite, which are rarely criticized. An example of this thesis, the film details a critical examination of The New York Times. Up for debate is their coverage in East Timor during the Indonesian occupation. This, according to the film Chomsky argues, is exemplary of the elite-protecting media.

With new interviews and archival material, the many political, economic, and ethical points found in Chomsky’s work are brought to light and given a thorough examination.