Home Media War Made Easy: How Presidents & Pundits Keep Spinning Us to Death 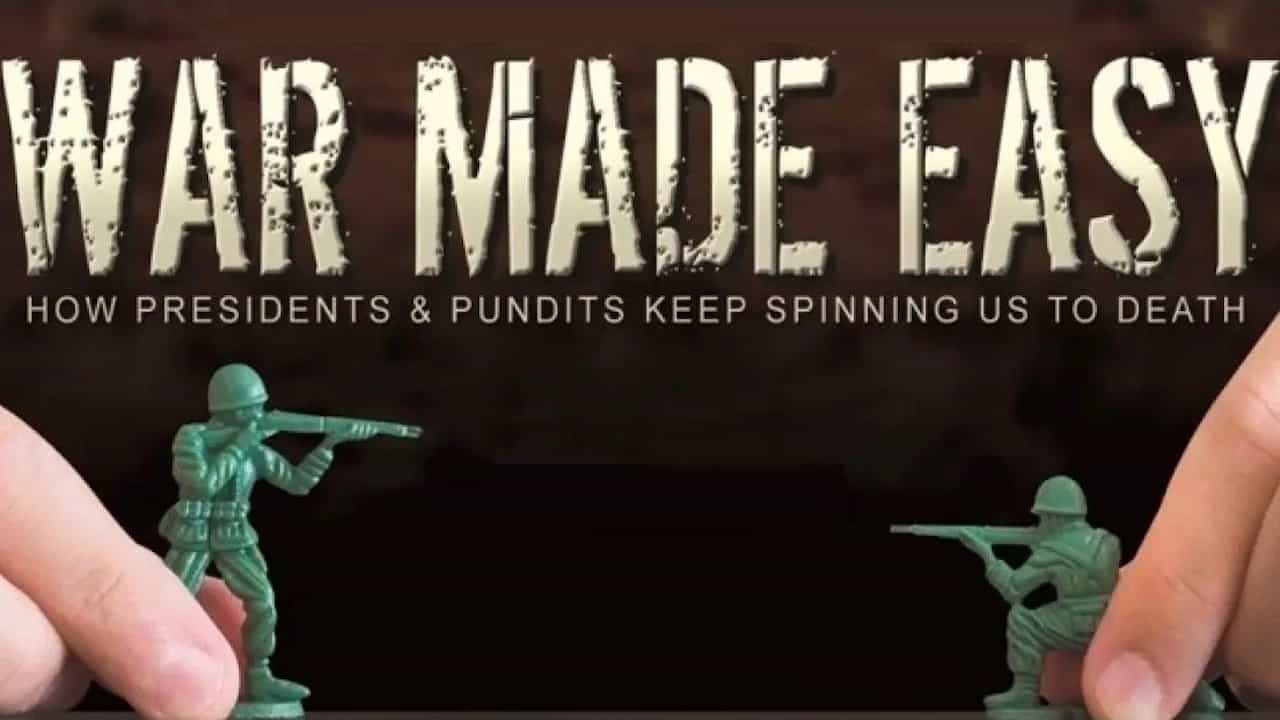 War Made Easy by Loretta Alper and Jeremy Earp aims to reveal how the American government has deployed media as a tool for gaining public support for war. Adapted from a book by Norman Solomon, and narrated by Sean Penn, the film draws parallels between the Vietnam War and the Iraq War to show the U.S. government’s continuous work to cultivate war support from the public.

From Lyndon B. Johnson to George W. Bush, War Made Easy draws on extensive archival footage to show in great detail how the media have consistently supplied the public with a pro-war message that aligns with the government’s mission of perpetuating war after war. While Alper and Earp’s documentary touches on a variety of themes, its primary focus lies in deconstructing the ties between media, government, and war.