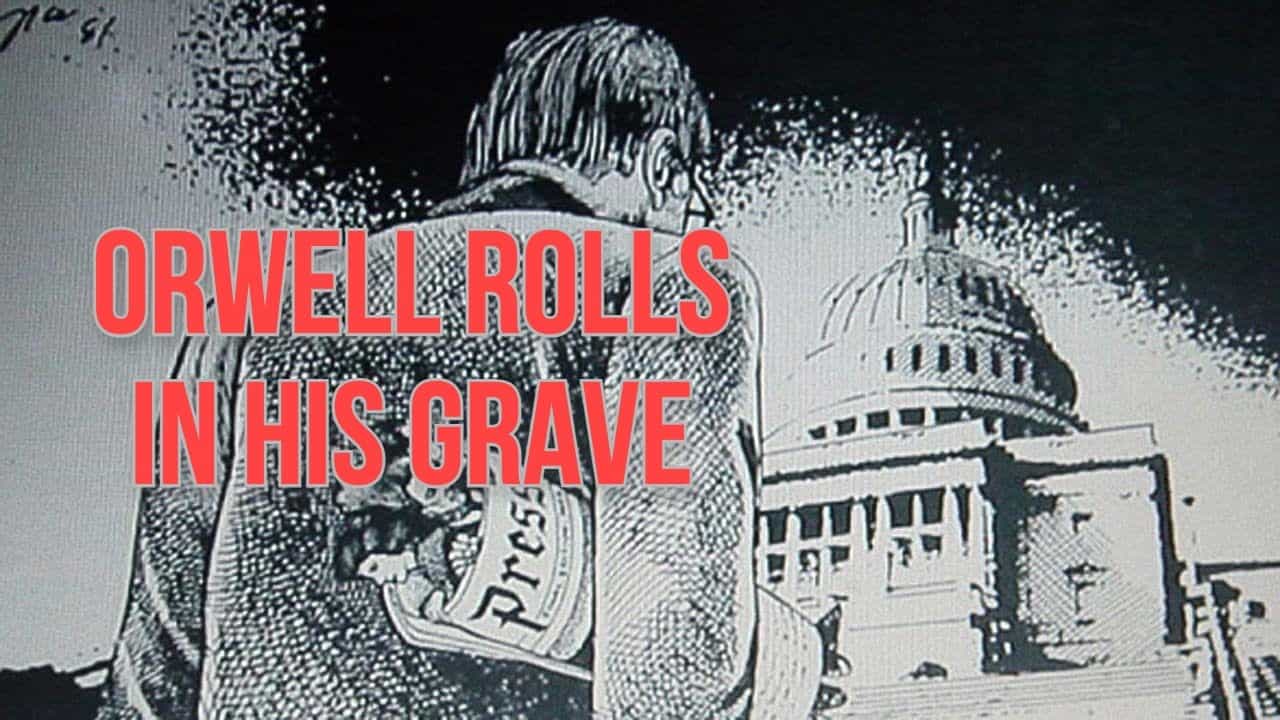 Orwell Rolls in His Grave is a comprehensive and pointed analysis of America’s controversial media/democracy dynamic. Filmmaker Robert Kane Pappas paints a portrait of American democracy in crisis at the hands of an increasingly powerful media complex.

The film primarily pulls from the state of permanent, all-encompassing unreality Orwell paints in his book 1984, describing how media interests have monopolised the free flow of information and in doing so serving a savage depiction of a political/information system that is rotten to the core.

However, the film is not uncontroversial in its depiction of the story’s heroes and villains. Orwell Rolls in His Grave is a haunting update to George Orwell’s 1984, arguing not just that truth is stranger than fiction, but that if any aspect of that book hadn’t yet come to life, it could soon.