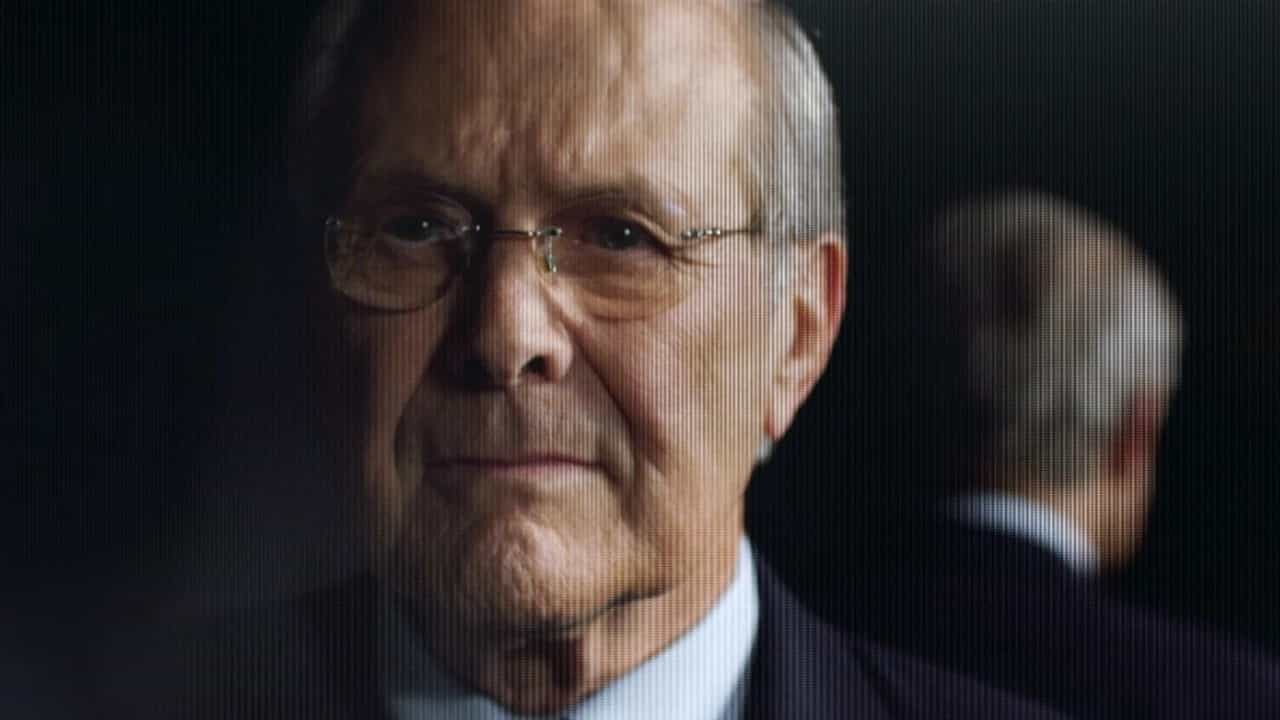 The Unknown Known by Errol Morris chronicles the political career of former US Secretary of Defense Donald Rumsfeld. The title refers to the phrase Rumsfeld uses to describe the work of the Department of Defense.

The interviewer poses some harsh questions about decisions that were made when Rumsfeld was in office. Rumsfeld answers some of them truthfully but dodges and deflects others. He defends the actions taken in the Iraq War, and claims ignorance on the existence of torture memos in regards to the detainees of Guantanamo Bay.

Rumsfeld reads aloud some of the memos enacted by the Defense Department when he was in charge. This film serves a reflection on the career of a congressman and presidential advisor for four different commanders in chief. It sheds light on the nature of a politician and a behind-the-scenes look at the workings of his mind.