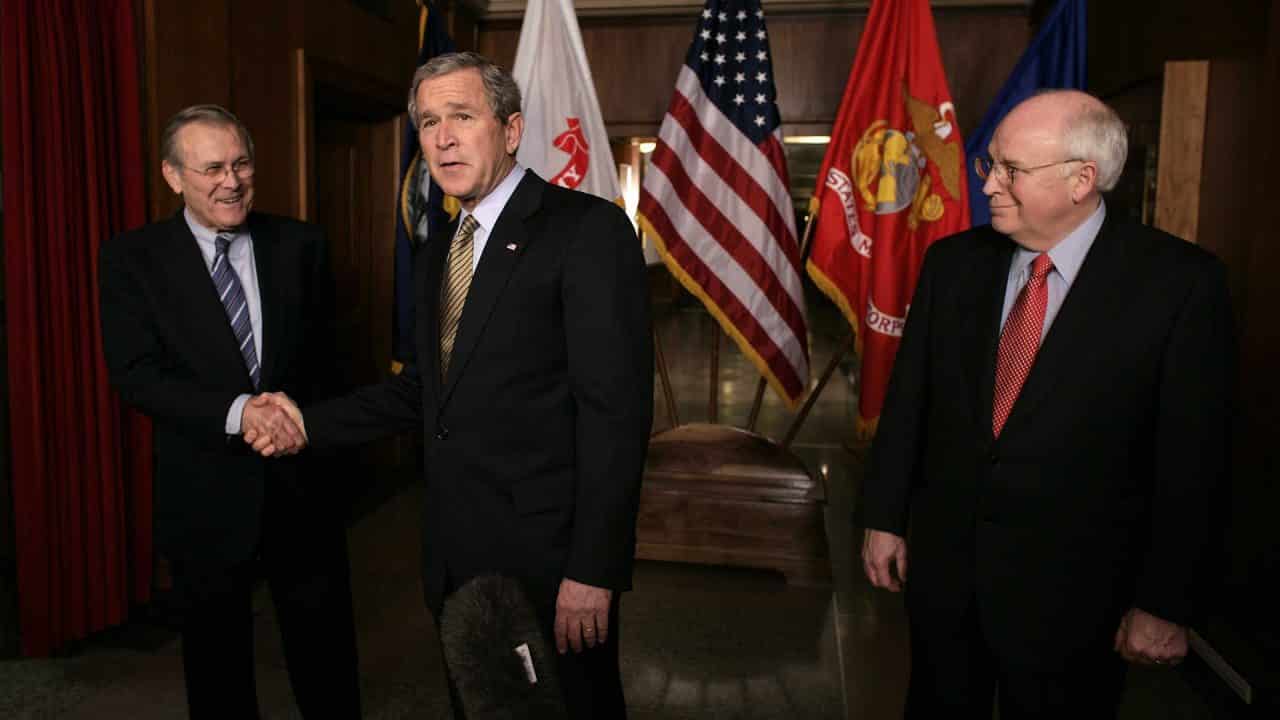 No End in Sight critically examines the Bush Administration’s 2003 invasion of Iraq and the ensuing war, unearthing the aftermath of the military operations of American forces in Baghdad.

The film alleges that the American occupation has resulted in more harm than good in Iraq. An insufficient number of troops were deployed after the capture of Baghdad, which resulted in insufficient law and order and led to widespread looting. The de-Ba’athification policy, which banned former government employees from holding any position in the new government and disbanded the defeated Iraqi army, is greatly rebuked as it created a large pool of unemployed and disgruntled armed men who formed the insurgency.

Featuring interviews with key players including generals, ambassadors, administration officials, soldiers and journalists, No End in Sight is an account of the incompetence and short-sightedness that is largely to blame for the chaos and lack of order in Iraq today.