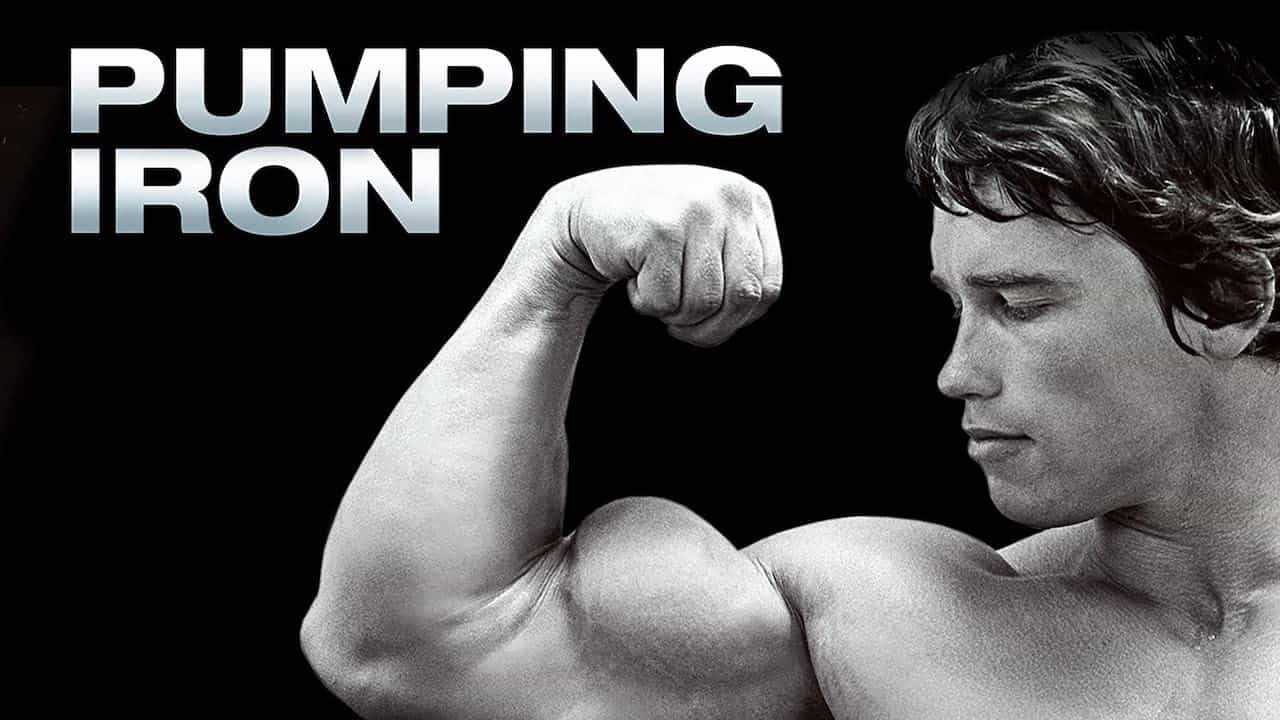 Pumping Iron shines a light into the world of professional bodybuilding during an era that was considered to be its golden age. Directed by George Butler and Robert Fiore, the film chronicles the 1975 Mr. Olympia and Mr. Universe competitions and features legendary bodybuilders including Arnold Schwarzenegger, Lou Ferrigno, Franco Columbu, Mike Katz, Ken Waller and others who are preparing for the contests.

The documentary begins with the 1975 Mr. Universe competition, following former football player turned bodybuilder Mike Katz and his aspirations to win the title. A fellow contestant, Ken Waller, uses a psychological tactic to throw Katz off balance by stealing his ‘lucky shirt’ before the contest. Waller ends up winning the competition whilst Katz ends up in fourth place.

The focus then shifts to the 1975 Mr. Olympia competition being hosted in Pretoria, South Africa and the rivalry between five-times consecutive champion Arnold Schwarzenegger and newcomer Lou Ferrigno who is determined to dethrone the reigning champion. The film contrasts their training approaches and personalities: Schwarzenegger is more aggressive, extravagant and trains with other bodybuilders, whilst Ferrigno is quiet and reserved and trains privately with his father.

Although stressing the importance of physical training and physique in bodybuilding, Schwarzenegger also explains the mental aspect of the competition and his use of psychological warfare to aid his victories. He uses such strategies on his main competitors, employing a mix of befriendment, intimidation and subtle insults, and ends up winning the Mr. Olympia title before announcing his retirement from professional bodybuilding.