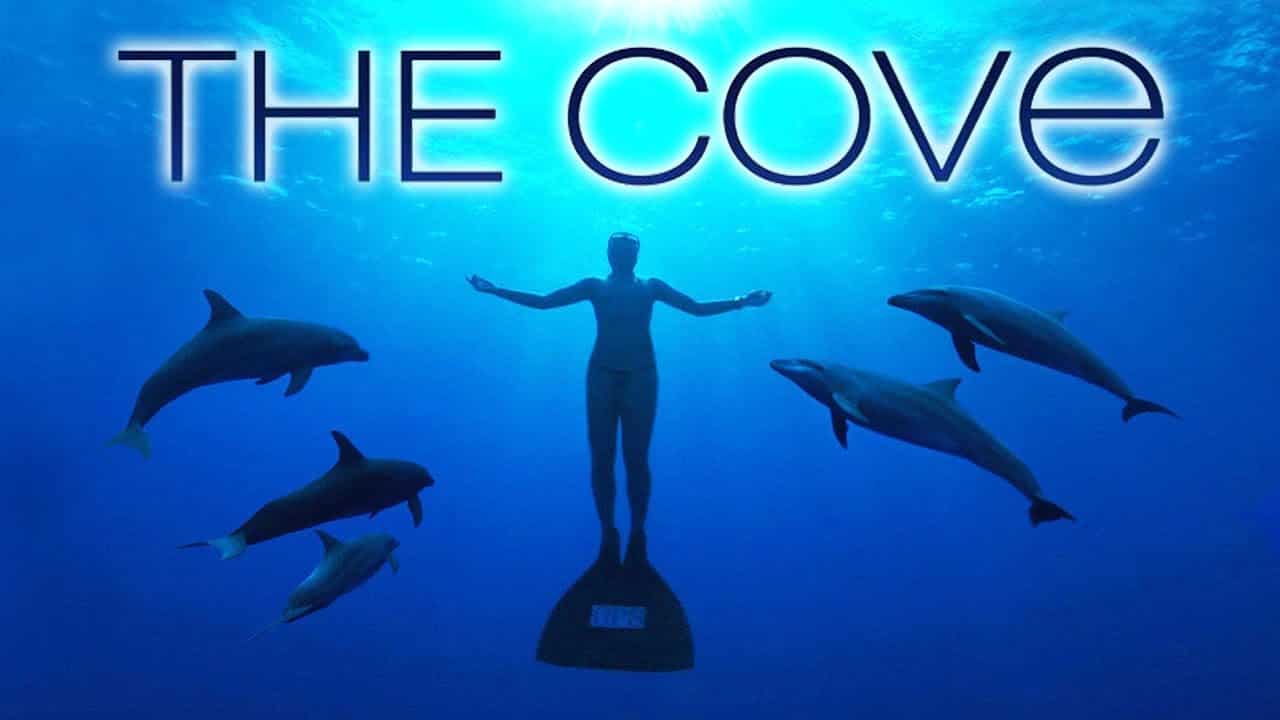 In the 1960s, Ric O’Barry captured and trained dolphins for the hit television show Flipper. Regretful of his actions, he has since reinvented himself as a dolphin activist, working tirelessly to shine a light on the dark practices of dolphin capture and slaughter.

The Cove centres around O’Barry’s quest to expose the ugly reality of dolphin drive hunting — the practice of herding dolphins into a contained area where they will be caught and sold to aquariums or brutally killed for their meat.

In the Japanese seaside village of Taiji, this highly-profitable industry is conducted under a veil of secrecy. O’Barry is convinced that if the public could see actual footage of the butchery, they would demand that it be stopped. The Cove is part nature documentary, part spy thriller as the activist filmmakers use state-of-the-art technology and old-fashioned trickery to uncover the horrific hidden truths behind Taiji’s cove walls.