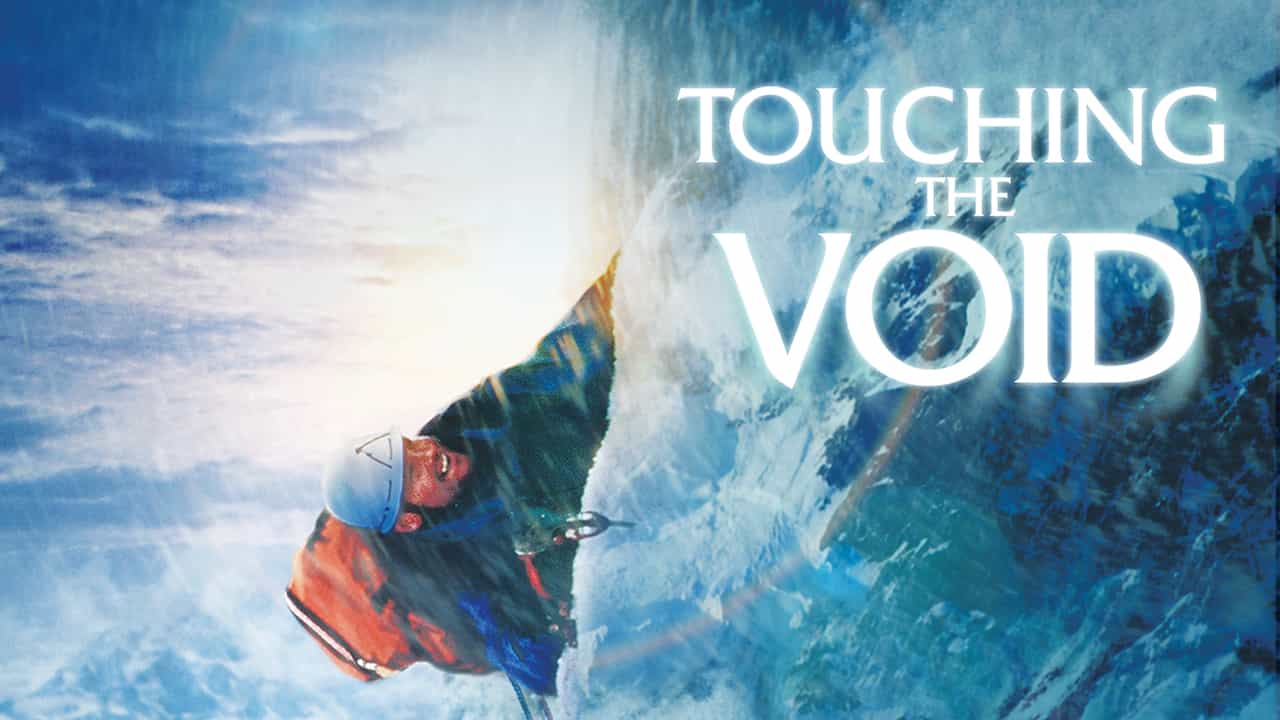 Touching the Void is a docudrama directed by Kevin Macdonald about the dangerous adventure of two British mountain climbers who almost died achieving a feat no one else had before. Simon Yates and Joe Simpson were the first to ascend Siula Grande’s western face in the Peruvian Andes. After an uneventful ascent, their descent of the North Ridge proved almost fatal for Simpson.

Suffering a severely broken leg after falling off an ice cliff, Simpson is forced to rely on Yates to lower him down the face of the mountain as a deadly storm begins to rage around them. Yates accidentally lowers Simpson off a cliff and is forced to cut the line or risk falling himself.

The film recounts the impossible trek of Simpson finding his way back to base camp when his climbing partner had given him up for dead in an icy mountain crevice.