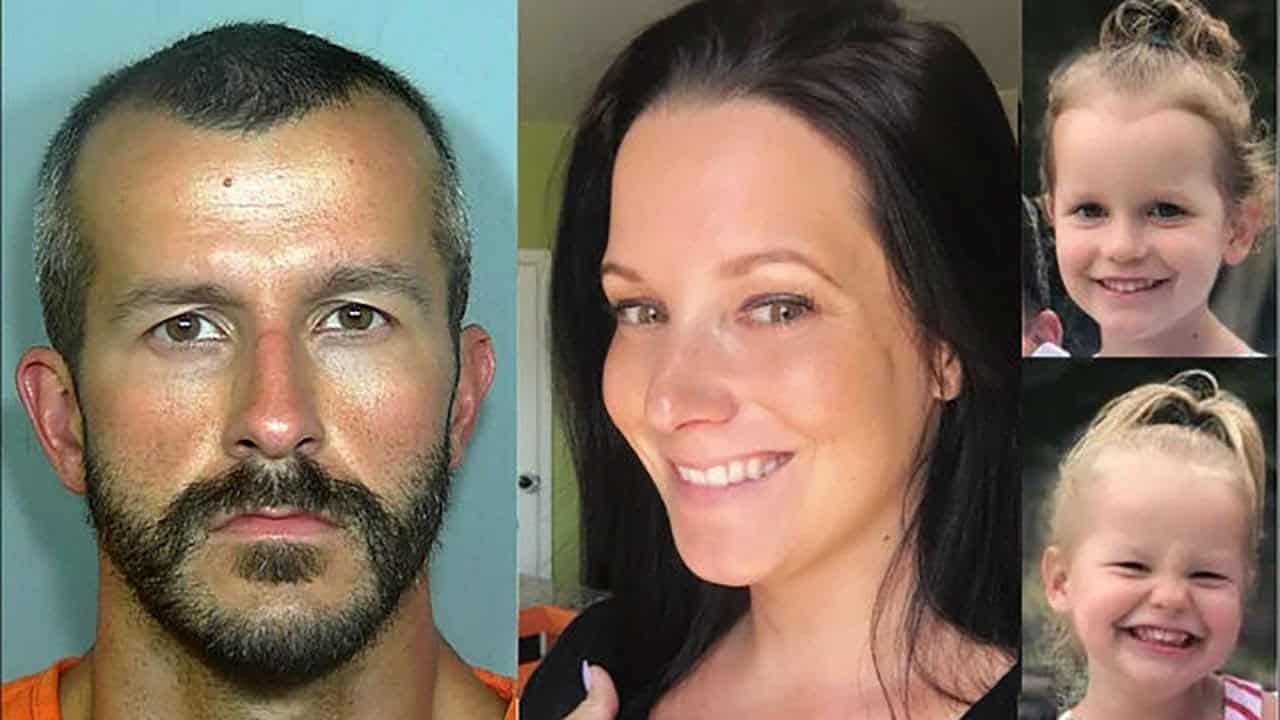 On August 13, 2018, pregnant Shannan Watts and her two daughters, four-year-old Bella and three-year-old Celeste vanished from their home in Colorado. As police began investigating their disappearance, Shannan’s husband Chris Watts spoke to TV stations outside his home and made an impassioned plea for his family’s safe return. Two days later, he was arrested for their murders.

In chilling details, Chris Watts confessed to strangling his wife Shannan first as his daughters looked on. Then he put the favourite blanket belonging to Celeste over her head and smothered her to death as Bella cried out, begging him not to do the same to her. He then smothered Bella. He buried his wife in a shallow grave and then put the bodies of his children in oil tanks belonging to Anadarko Petroleum, the company he worked for.

Chris Watts was having an affair and wanted a new start in life. He pled guilty to first-degree murder and was sentenced to five life sentences on November 6, 2018. In Chris Watts: Confession Untold, lead investigators involved in the case speak out about the disturbing case for the first time.