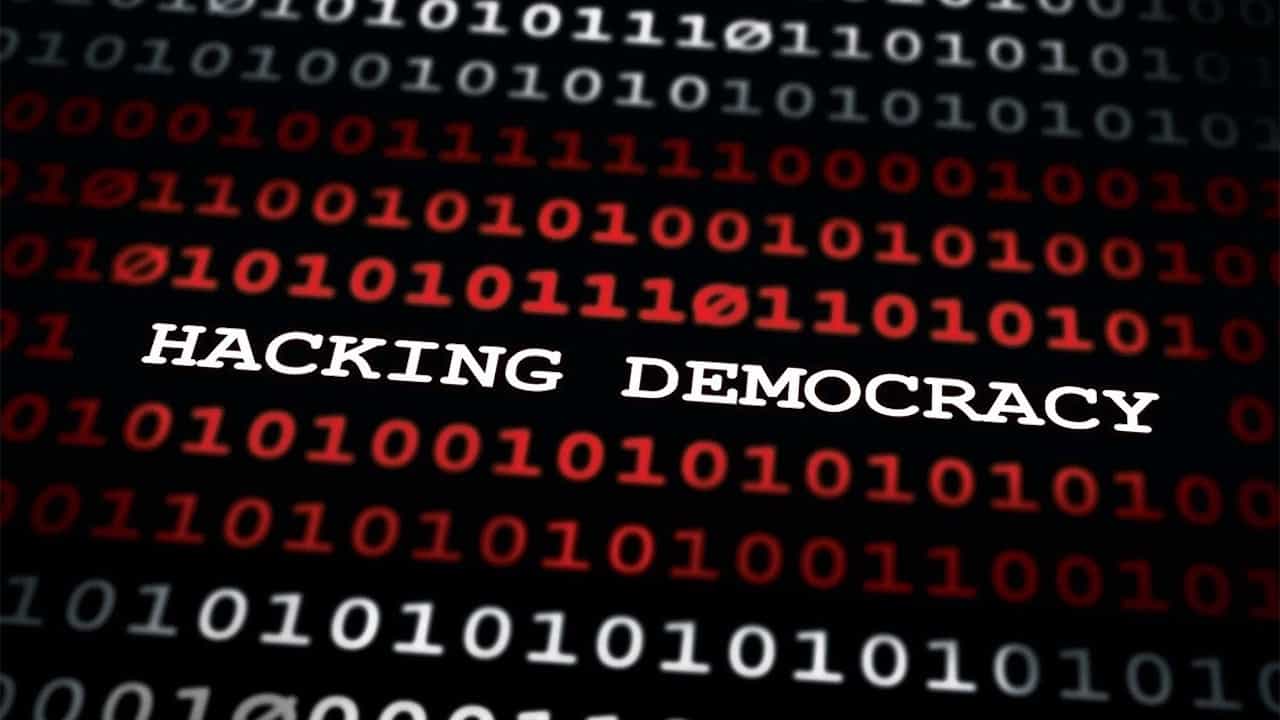 Hacking Democracy looks at how votes are counted in the US and the irregularities that occurred during the 2000 and 2004 presidential elections. This documentary tracks Bev Harris and Kathleen Wynne of the Black Box Voting election watchdog group, who set out to uncover just how far the electronic voting system can be tampered with.

Wynne films a secret video of Harris finding audit records from a voting machine inside a trash bag in Volusia County. They also caught election workers from Cuyahoga County, Ohio on tape admitting that the initial 3% recount ballots were not selected at random.

This documentary shows that there are multiple ways to alter voting results. One method relayed was to amend the database file with the total number of votes. Another technique tested was to hack the computer code and add minus votes to one candidate in a race so the other person wins.