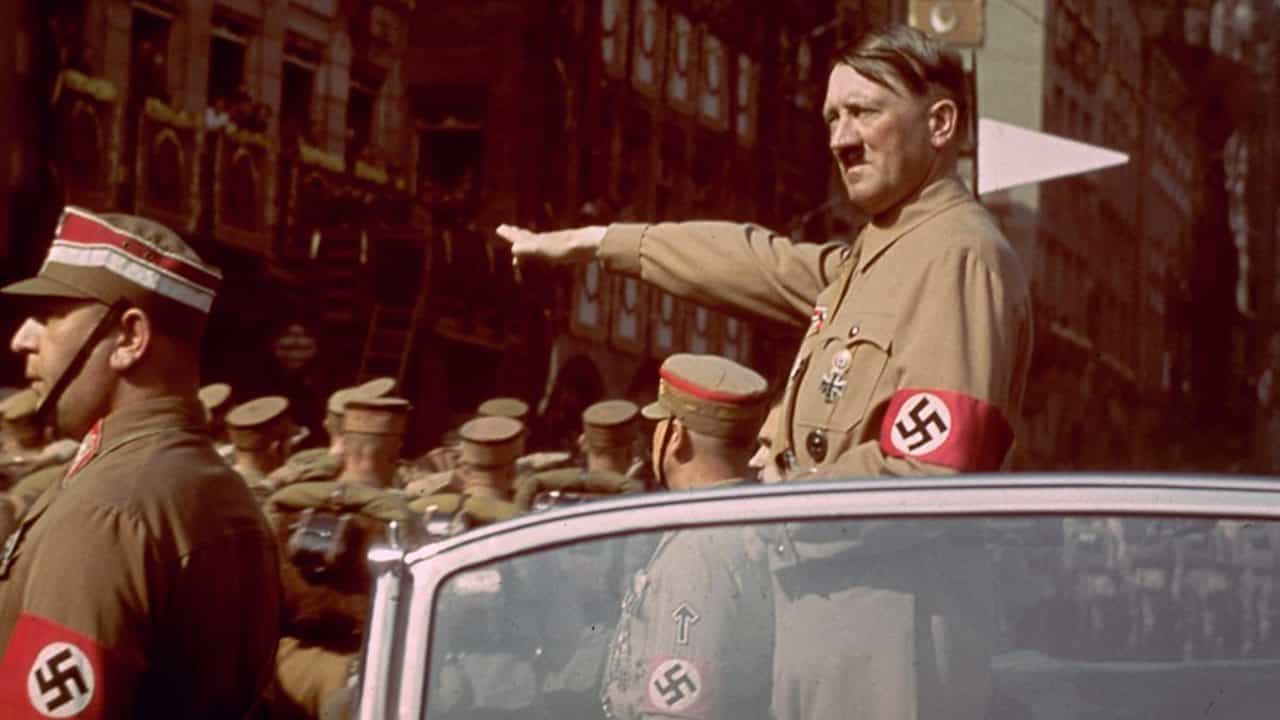 Hitler in Colour explores the rise and fall of the world’s most infamous tyrant as he transforms from the leader of the Nazi party into notorious dictator.

Chronicling Adolf Hitler’s 12-year rule as the Fuhrer of Germany, this compelling documentary made up of eyewitness material and restored colour footage explores the life of Hitler during his time as Fuhrer of Germany in 1933 until his eventual suicide in 1945.

Examining the psyche of the ruler of the Third Reich, the documentary explores his relationship with his lover and half-niece Eva Braun and key political figures of the time like former British prime minister David Llyod George, Neville Chamberlain and Benito Mussolini.

The documentary also digs deep into key historical events, including the invasion of Poland, the Battle of Britain, the rise of concentration camps, and the eradication of the Jewish population, before ultimately moving onto the ultimate downfall of Hitler at the hands of his own hubris.