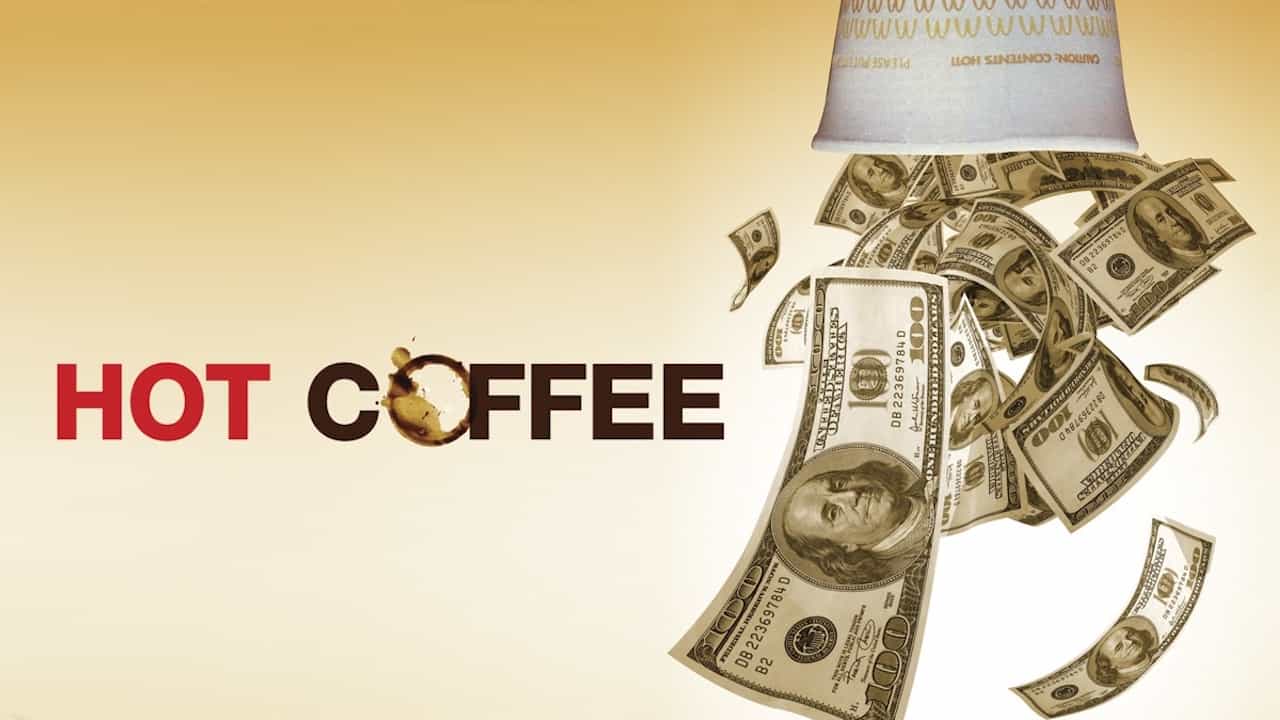 Hot Coffee gives the perspective of four ordinary Americans who battled very different civil court cases against big business and the toll it took on their once normal lives.

The infamous hot coffee case against McDonald’s is one of the featured stories in this documentary directed by Susan Saladoff. The other stories include a couple’s suit against a hospital for neglecting to perform a necessary ultrasound on their unborn twins, a young woman’s survival tale of rape, and a judge’s reputation and career put on the line.

The film highlights the role that big business plays in manipulating the judicial branch of the government by paying off officials in civil court cases which ultimately hurts American citizens. It delves beyond the information shared by the media to reveal pieces of evidence not previously available to the American public in order to show the corruption of the judiciary system.