Home Society Poverty in the USA 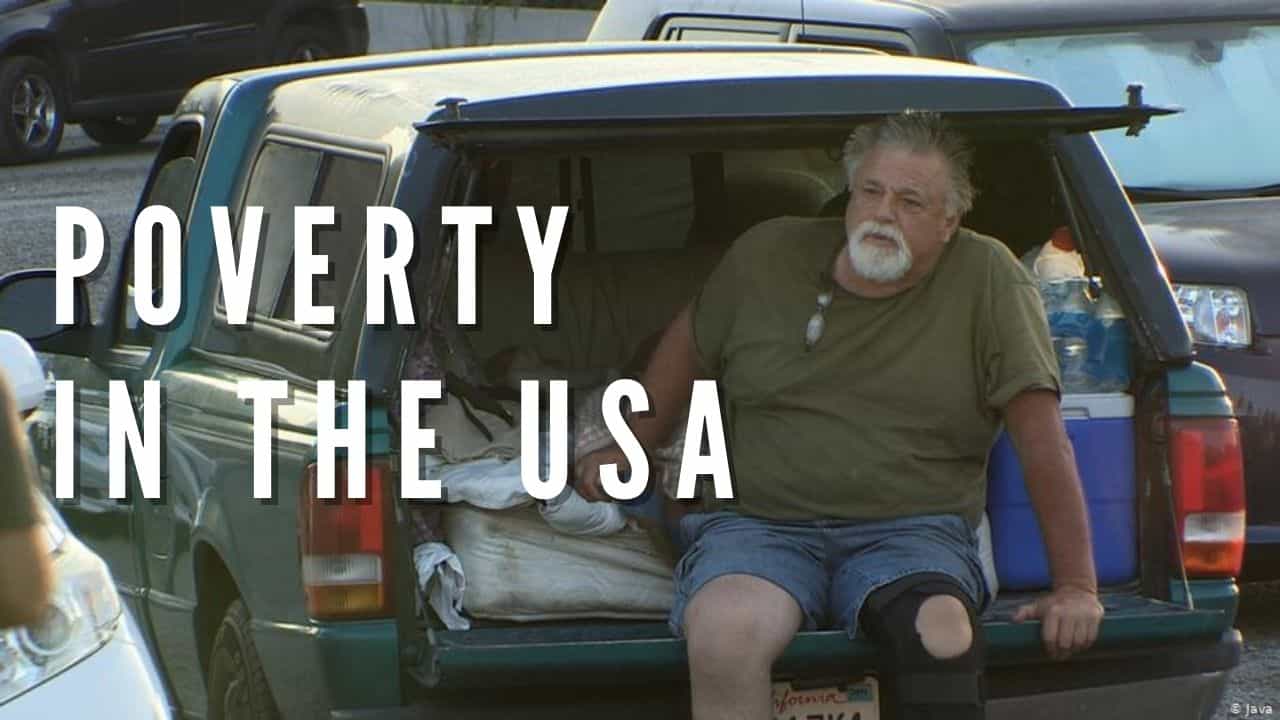 Although the United States is amongst the wealthiest nations in the world, it is also home to widespread poverty. Interestingly, the number of Americans living in conditions of poverty has doubled in the past half century. For these individuals, who are often thrust quickly into hunger and homelessness, survival is a battle with several complications. Among them are a shocking 1.5 million homeless children. This documentary, Poverty in the USA, details the daily battles of America’s poor.

The Appalachians, a region known for its mining and mountains, has frequently seen its community members use food stamps to carry out their necessary shopping. Unfortunately, many impoverished Americans end up losing their homes alongside their incomes. In such cases, some individuals must resort to using cars for shelter. In the famous Los Angeles, California, relief organizations have sprung up to aid the city’s homeless by providing them with wooden huts.