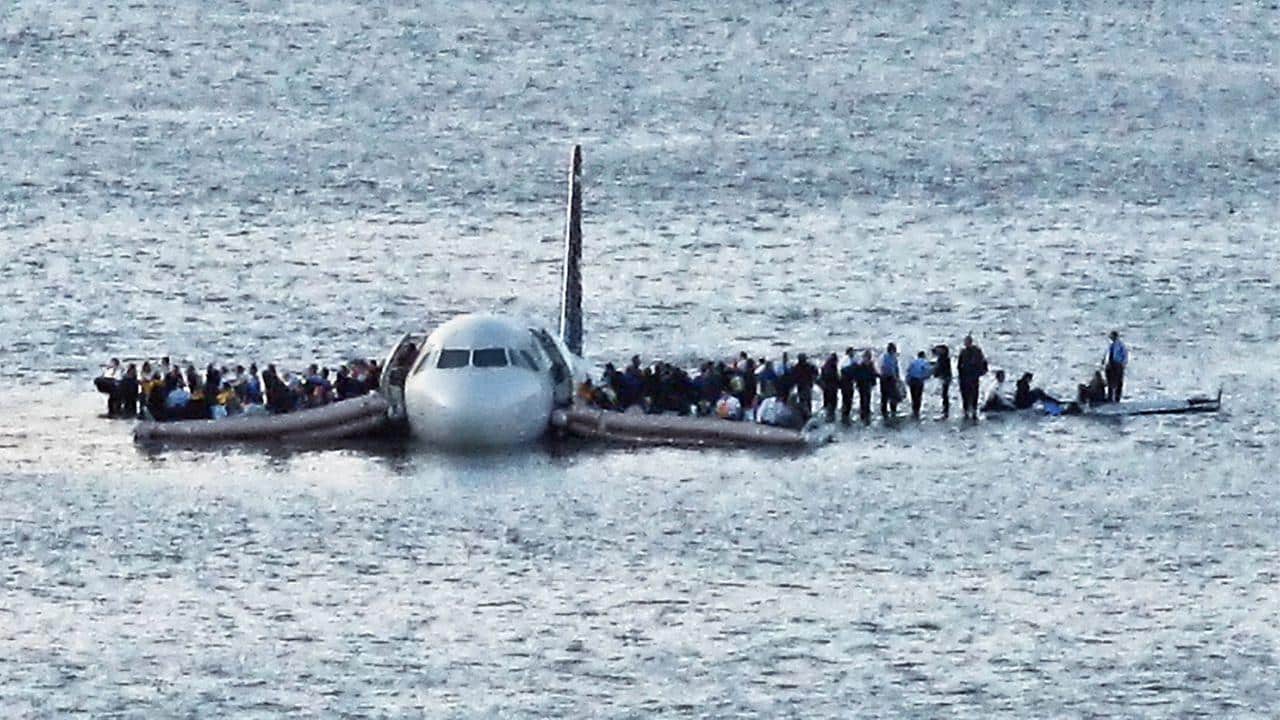 Miracle of the Hudson Plane Crash chronicles the extraordinary story of US Airways Flight 1549 and the pilot who heroically landed the plane in the Hudson River in 2009, thereby saving all 155 lives on board. Several of the passengers describe what happened and how they reacted to the event, while eyewitnesses and rescuers tell their sides of the story as well.

When the plane hit a flock of geese soon after taking off from LaGuardia Airport, pilot Chesley Sullenberger and the passengers heard loud bangs followed by the odour of leaking fuel. After being denied the opportunity to land at other airports in or near the city because they were full, and running dangerously low on fuel, Captain Sullenberger was forced to make the split-second decision to land the plane in the Hudson River.