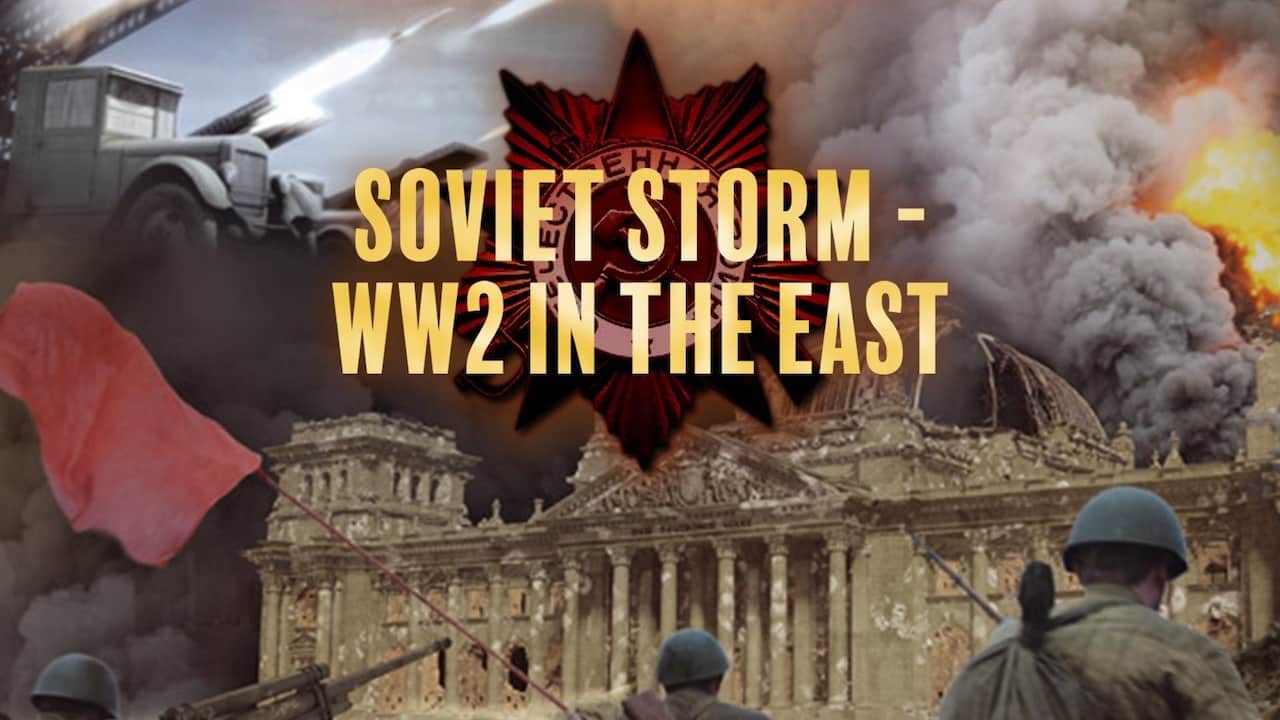 Soviet Storm: WW2 in the East is an eighteen-part series that recounts Russia’s epic military role in the Eastern Front of the Second World War. It begins with the German invasion of the USSR in June of 1941, known as Operation Barbarossa, and concludes with the Red Army’s million-plus man march on Berlin in the last week of April 1945, when a losing Hitler ordered a mixture of Nazi Youth, members of the People’s Army and German combat veterans to stage a last stand against the Allies.

Soviet Storm is unique from most WW2 documentaries in that discuss the war from a Russian perspective. The USSR lost ten times as many soldiers as any of the Western Allies due to engagements like the catastrophic Battle of Kiev and the three-year-long ‘meat-grinder’ siege of Rzhev.