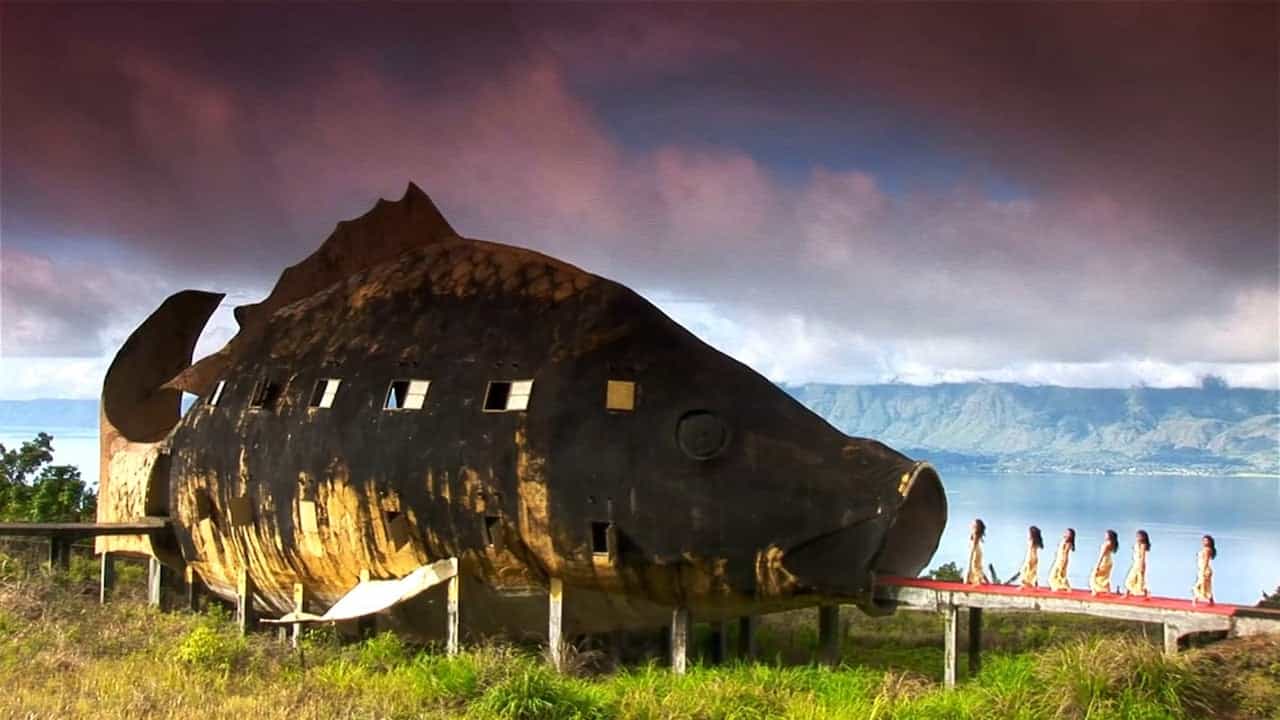 The Act of Killing describes the Indonesian mass killings that occurred from 1965-66 and those who participated in it. After the country’s failed coup, Anwar Congo and his followers went on a murder spree that devastated the country. The mass killings resulted in a genocide that killed over a million people. Invited to speak in the documentary, Anwar describes what it was like killing for the cameras. Re-enacting the scenes where he murdered people, the former death-squad leader seems to be enjoying himself and putting on an act reminiscent of Clint Eastwood in a western movie.

When describing his actions in the film, Anwar breaks down and shows remorse for his crimes. The director can be heard stating that his victims did not have that luxury to break down before they were murdered. The director even concludes that maybe Anwar is acting and therefore putting on a show for the cameras.