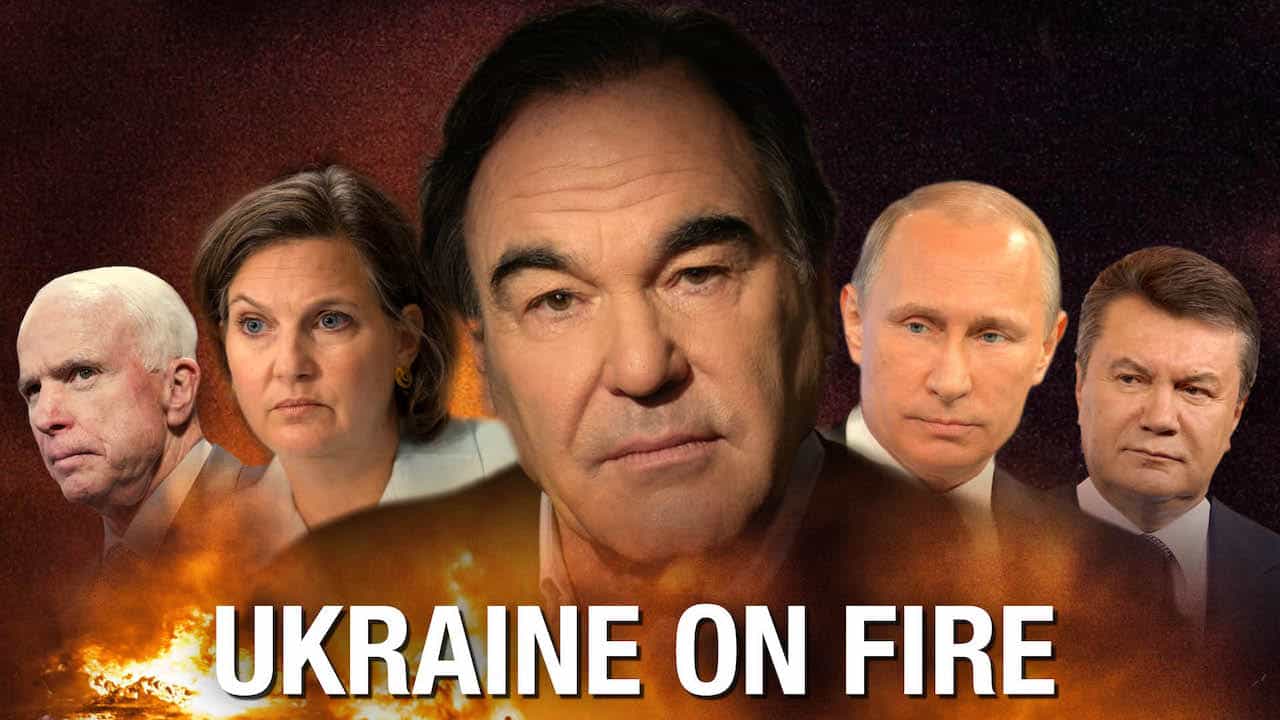 Ukraine on Fire, produced by Oliver Stone and directed by Igor Lopatonok, investigates the fall of the Ukrainian president Viktor Yanukovych. Stone interviews Yanukovych and Russian president Vladimir Putin to shed light on the involvement of the US State Department in the 2014 revolution. Interviews with American investigative journalist Robert Parry and former Interior Minister for Ukraine Vitaliy Zakharchenko are also featured.

The film chronicles the chain of events that led to the Russian-leaning president’s ousting, including the Orange Revolution of 2004 and the Maidan Revolution in 2014. It reveals how the people’s revolution may have been more than just a grassroots effort. The documentary provides a look at the Ukrainian uprising from the perspective of the leaders that were overthrown. It gives evidence for the basis of the Ukrainian nationalism displayed by its citizens after Yanukovych’s ousting.