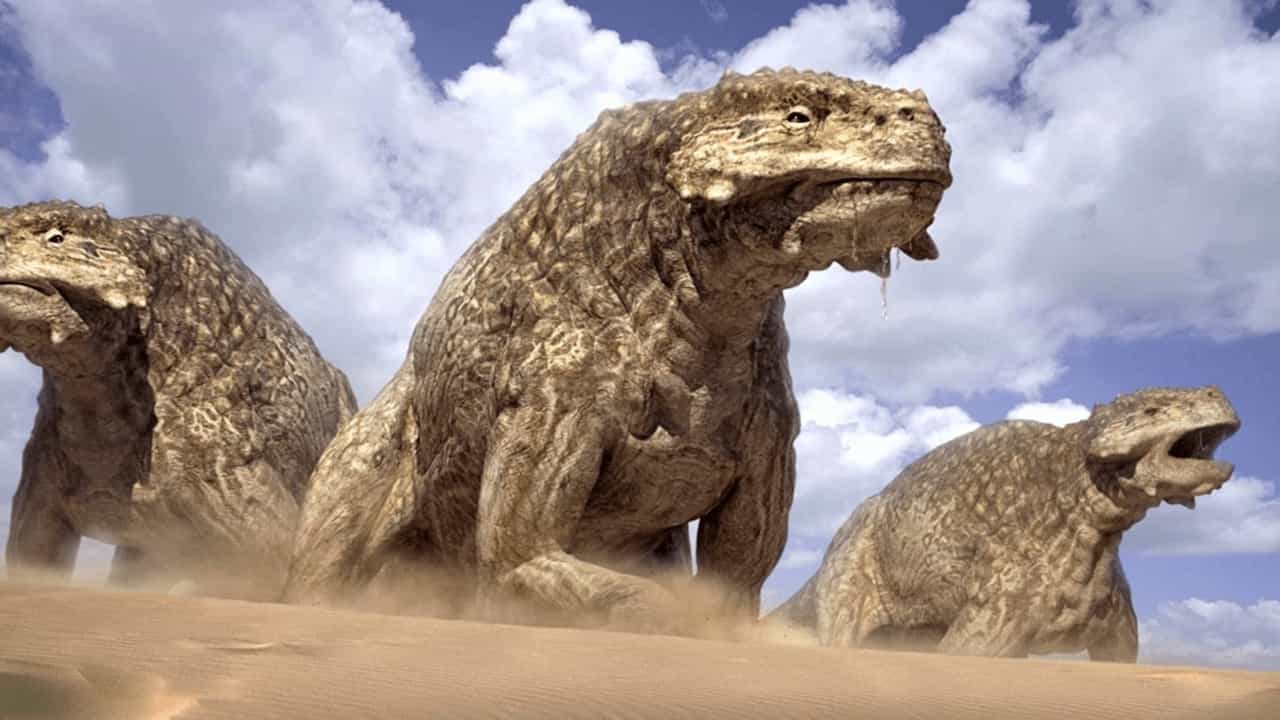 Walking with Monsters is a BBC series covering the early Mesozoic and Paleozoic eras. It aims to present a factual, realistic view of what life was like all those years ago and the script draws upon the experience of more than 600 scientists to do so. It provides an interesting insight into the planet and the creatures that lived on it during those periods, up to 530 million years ago.

Specifics that the documentary series outlines are facts such as the oxygen content then versus now, and impressive creatures that roamed the earth including giant scorpions, giant insects, and giant killer fish. It also highlights natural hazards that were present like extreme heat, volcanoes, and extreme seasons. As well as looking back, it shows where certain physical human traits came from and how these evolved over time to be adopted by humankind.