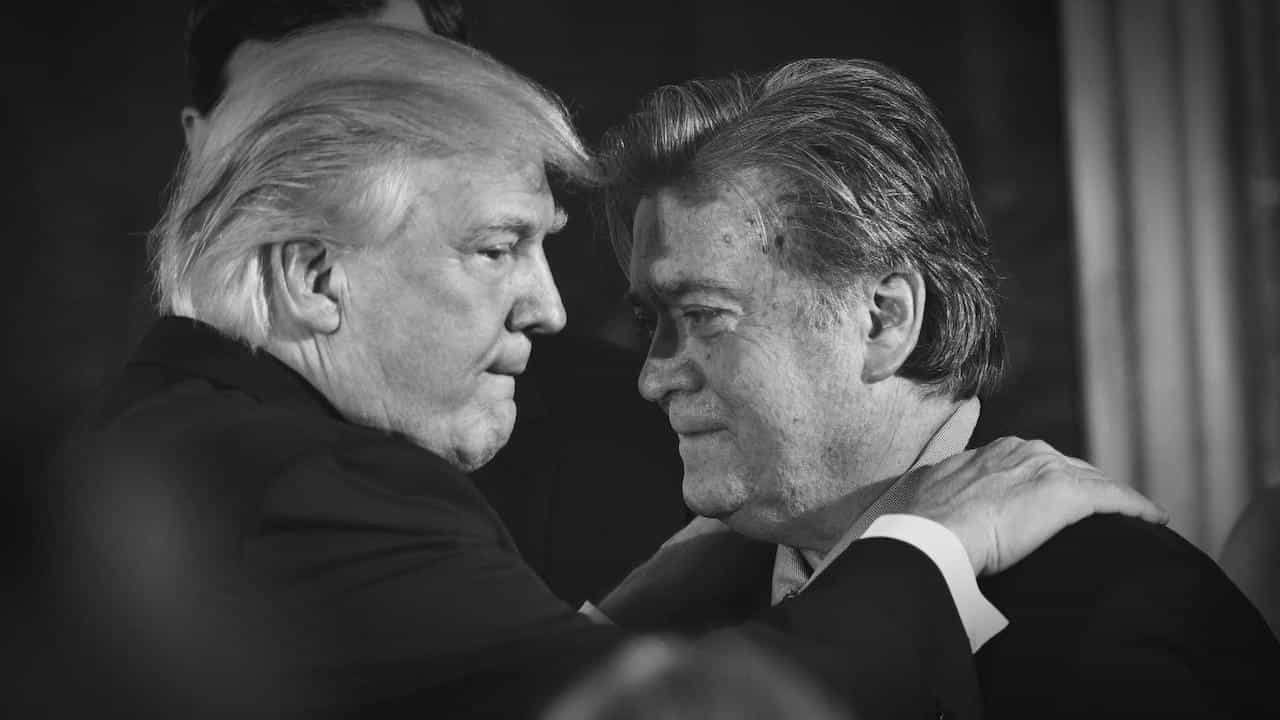 Bannon’s War goes behind the scenes of the Trump White House to look at the confrontational style and mission of former chief strategist Stephen Bannon.

Using archived footage from Bannon, former President Jimmy Carter and others, the documentary explore the tightrope Bannon walked between addressing radical Islam, the Deep State of Washington D.C., and his West Wing rivals. Bannon is in a war of his own to make sure President Donald Trump delivers on his promises whilst he fights a personal crusade to change America.

The film includes insight from several journalists from the Washington Post, the Boston Globe, the New York Times, and the Atlantic. It shows how core values and personalities can affect the Office of the President and direct the course of the United States in both positive and negative ways.