Home Trailers When We Were Kings (Trailer)
Trailer only 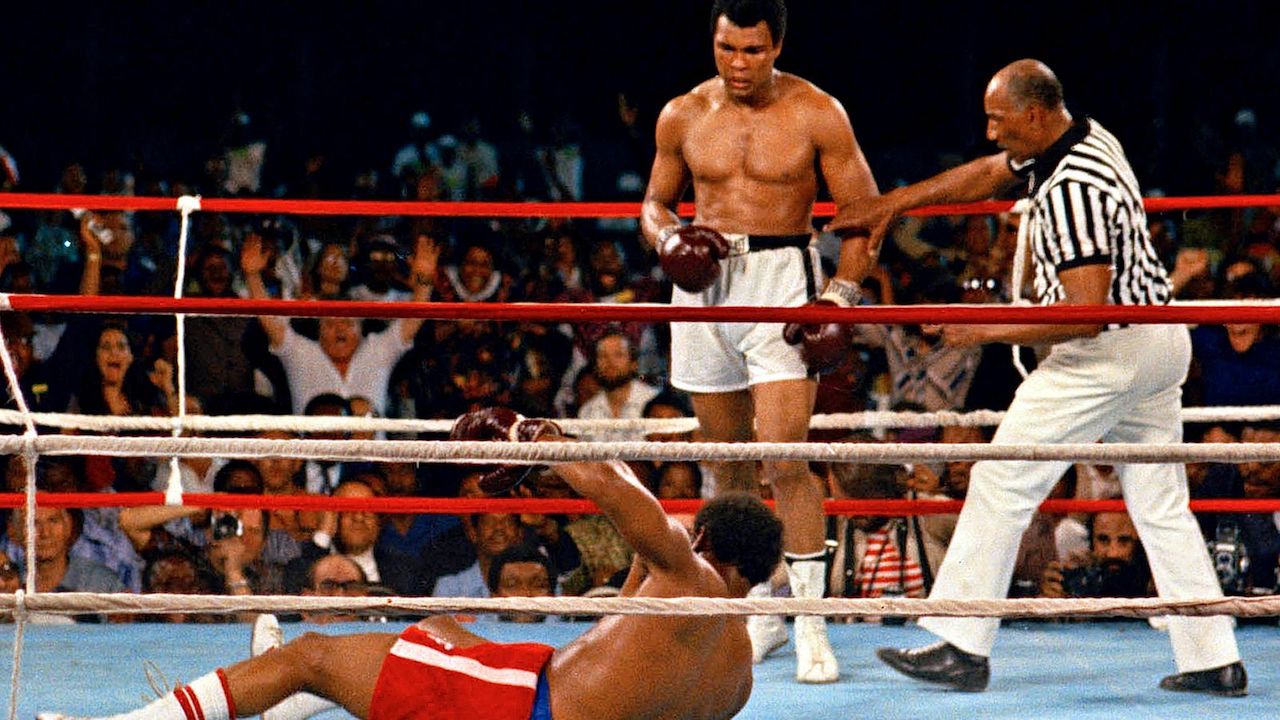 When We Were Kings showcases one of the most famous boxing events of the 20th century – the heavyweight fight between champion George Foreman and contender Muhammad Ali. The clash – known as the ‘Rumble in the Jungle’ – took place on October 30th, 1974, in Zaire. Apart from its profile as a sporting event, the match also had a political and cultural impact.

At the time, Ali hadn’t yet reached the peak of his popularity. He had already lost to Joe Frazier and was seen as a controversial figure due to his decision to be a conscientious objector to the Vietnam War. Meanwhile, George Foreman was seen as fearsome and formidable. Before the fight, Ali told the press that he was young, handsome, fast and strong. He also added that he wouldn’t be beaten – a claim that no one believed back then. After all, Foreman ruined Frazier, who in turn had actually beaten Ali. Foreman was not just larger, but also stronger and younger. All odds were against Ali.

Interestingly, When We Were Kings was initially been planned to be a musical documentary covering the three-day Zaire 74 concert, with the Ali vs Foreman match as a secondary event. The fight was delayed due to a minor injury close to Foreman’s eye, while the concert went ahead as scheduled. The fighters, their entourages and the press then settled down for the boxing event. No one believe that Ali stood a chance – maybe not even himself. However, the Ali relied on his classic ‘Rope-a-Dope’ strategy, where he essentially waited and took punches for most of the fight. By the eighth round, Foreman was tired and exhausted, at which point Ali exploded and aimed for the head. The result was astonishing – an exquisite victory that nobody expected.

To some this was a strategy, but When We Were Kings does not describe it as such. It portrays the first round as terrible for Ali and implies he adopted Rope-a-Dope by default. Maybe he knew, or hoped, that he could win if he managed to stay on his feet and let his opponent work harder. By the end of the fight, everyone was astonished by Ali’s unbelievable success and it remains one of boxing’s greatest ever upsets.

When We Were Kings is more than just a documentary covering the match and Muhammad Ali’s fighting style. It also focuses on Ali’s persona and resolve. He was the heavyweight champion when the USA were fighting in Vietnam. He refused to join the war and paid a heavy price for it: he was stripped of his title and lost his boxing license. He was referred to as a coward, but he stuck to his convictions. Despite everything, Ali maintained his joy and charisma and became a world renowned activist. His legacy will continue to live on for many years.